Today and Tonight: Overcast skies with a 90% chance of rain will be the unpopular forecast today with temperatures only rising to the middle to lower 80s.  The heat may have given us a break for a few days, but has been replaced by an extremely wet weather pattern that will continue for the next three days, and potentially bring copious amounts of rainfall to an area that is already experiencing a major flood stage with the Mississippi and its tributaries. 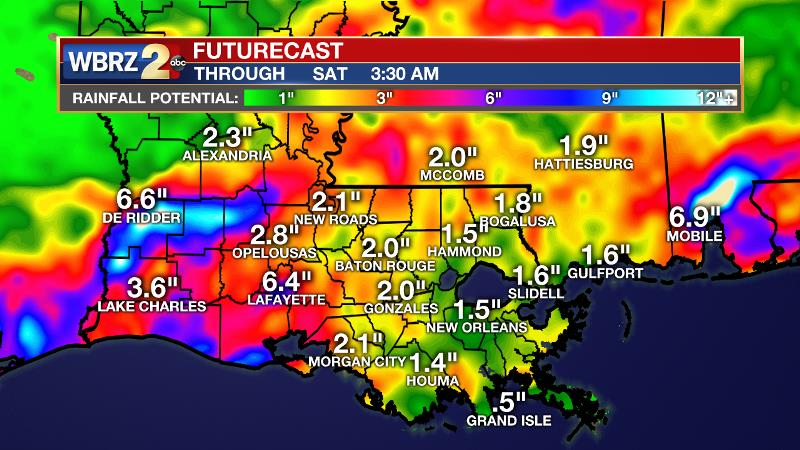 A large plume of deep tropical moisture has been forced over the region from a deepening trough of low pressure to the northwest, a ridge of high pressure in the eastern Gulf of Mexico and the remnants of a tropical disturbance that is now a trough of low pressure sitting off the eastern coast of Mexico.  These three systems are acting as a conveyor belt and funneling copious amounts of deep tropical moisture over the entire region and has placed the area in a moderate risk for Excessive Rain today and tomorrow.  The potential for heavy rain exists and the National Weather Service has issued a Flash Flood Watch for our area in effect for late Wednesday night into Thursday evening.  These storms could produce locally heavy rainfall rates at two to three inches per hour, and this could result in flash flooding across the area on Thursday and possibly into Friday. Waves of showers and thunderstorms will be tracking out of the Gulf of Mexico for the next 48 hours and rain chances will remain at or near 100% through Friday evening. 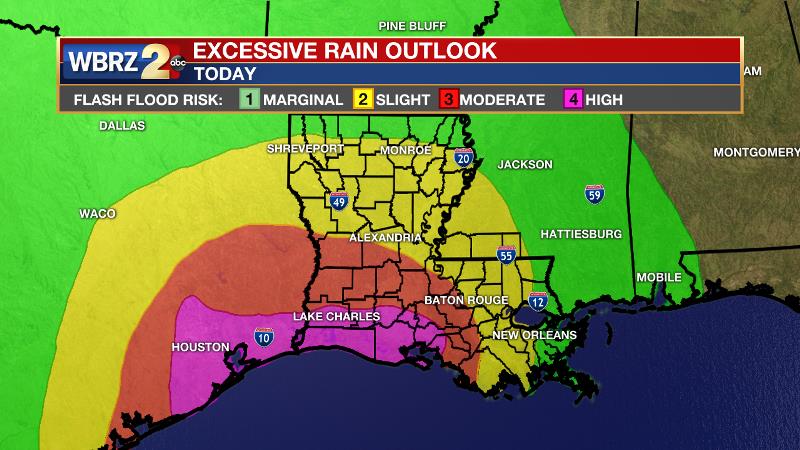 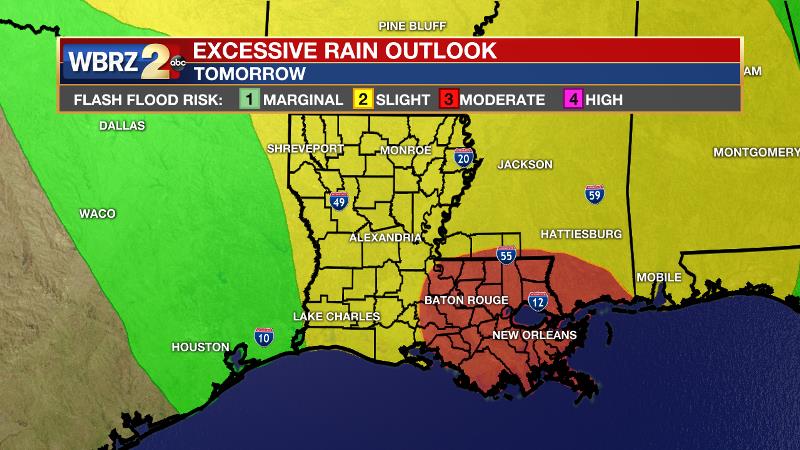