BATON ROUGE - The ongoing trial in the 2015 murder of Robert Noce has revealed unsettling details from the night the convicted child molester was murdered.

In 2015, Noce took a lesser charge in the sexual abuse of Crehan's girlfriend when she was a child.

Crehan and his lover, Brittany Monk, were both charged in Noce's death, however she pleaded guilty to manslaughter, a lesser charge. Monk was repeatedly sexually abused as a child by Noce, her mother's boyfriend, according to the prosecution and court records. He was sentenced to five years probation for abusing Monk, one month before he was found dead inside of a barrel at his home. 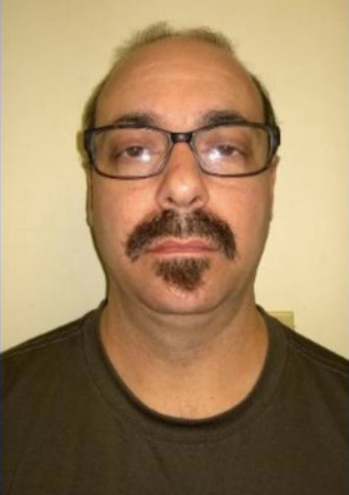 On Monday, Crehan's defense likened their situation to a modern-day Romeo and Juliet. But the story of what allegedly happened on the night of Noce's death is a far cry from the Shakespearean classic.

Monk, who gave birth to Crehan's child in prison, took the stand Tuesday to testify against her lover and tell her side of the events that led to her abuser's death.

The incident happened about a month after Noce pleaded no contest to carnal knowledge of a juvenile, a lesser charge compared to the rape allegations he initially faced. Monk says she and Crehan decided to "scare" Noce so that he would leave the couple alone.

Before heading to Noce's Zachary home on July 3, 2015, the pair allegedly stopped at Walmart to pick up batteries and gloves. Monk says the trip was Crehan's idea, but she "agreed to everything."

The two broke into the trailer home, where Crehan then grabbed Noce from his bed and began strangling him in a choke hold. Monk says she then sprayed Noce in the face with Axe body spray before punching him repeatedly and shouting, "You ruined my life!"

Monk continued her story for the court, saying Crehan told her to grab a knife. After she retrieved the blade from the kitchen, she says she dropped it next to Noce and went to the bathroom, where she began dry-heaving. While in the bathroom, she said said she could hear Crehan stabbing Noce five to six times.

The couple then allegedly stuffed the body into a barrel once used by Noce to make wine.

The defense argues that Crehan is taking the fall for Monk, calling her the provocateur. She pleaded guilty to manslaughter but hasn't been sentenced.