Across Louisiana, just over 697,000 without power Friday morning 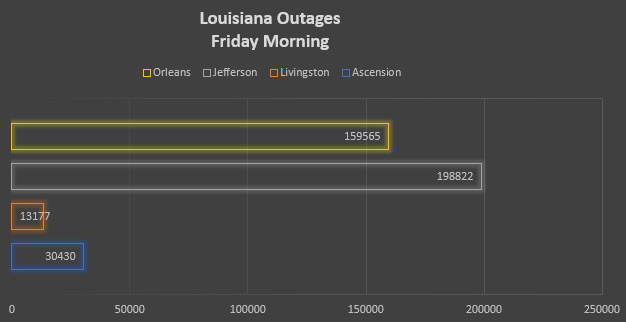