A cool night in store

Tonight and Tomorrow: Partly cloudy skies tonight, as temperatures will be bottoming out near 58° heading into Sunday morning. Conditions will be mostly sunny through the day on Sunday, but cloud cover will be increasing through the evening hours. Highs will reach near 81° with a light wind out of the northeast. 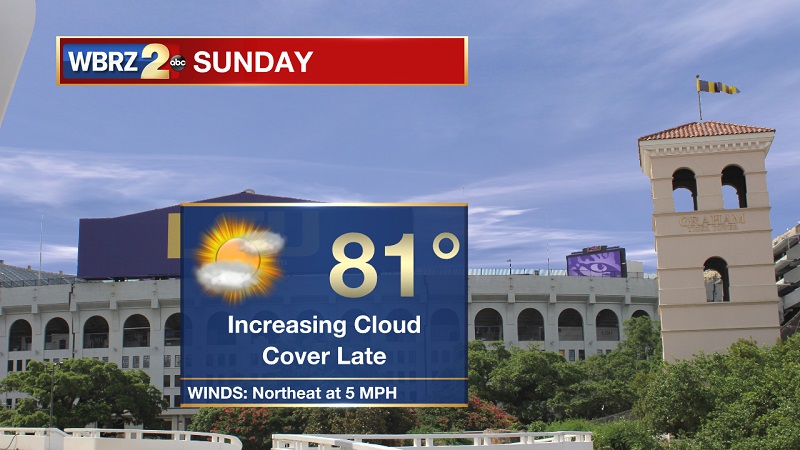 Up Next:  Temperatures rebound and rain chances increasing through the beginning part of the workweek before another cold front pushes into the Gulf on Wednesday. 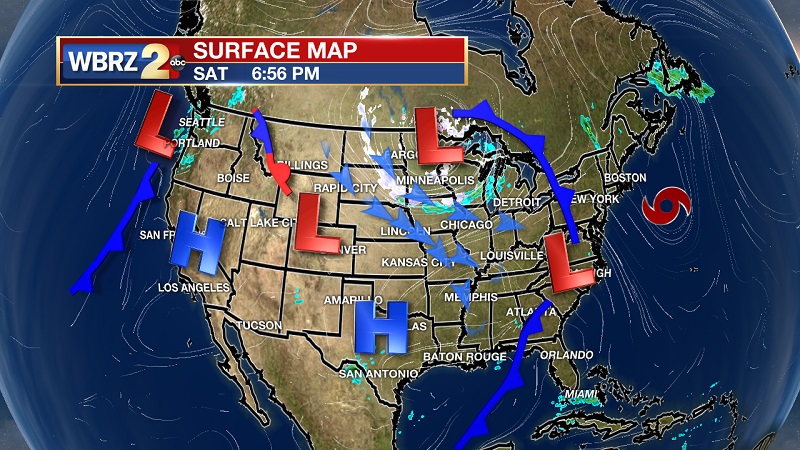 Tropical Storm Melissa has been downgraded from hurricane status earlier today, and it should weaken as it accelerates away from the United States tonight. It is currently located about 305 miles southeast of Nantucket, Massachusetts with maximum sustained winds of 50 mph and moving east-northeast at 12 mph. This general motion is expected to continue with a gradual increase in forward speed through Monday. On the forecast track, Melissa will continue to move away from the U.S. Mid-Atlantic and New England coasts. Gradual weakening is expected over the next day or so, and Melissa is forecast to become a post-tropical remnant low by Sunday. 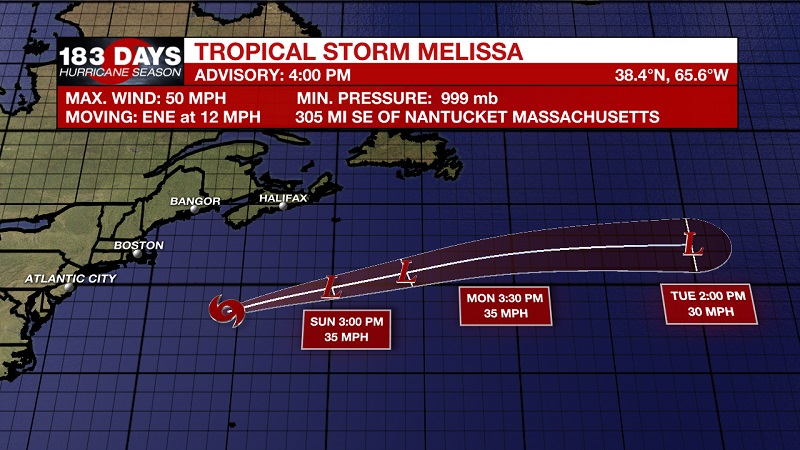 We are currently monitoring two waves in the tropics.

The first is a broad area of low pressure that is forming over the southwestern Caribbean Sea. The system is forecast to move westward toward Central America early next week, and some development is possible if the low moves over the northwestern Caribbean Sea near the coasts of Honduras, Guatemala, and Belize. Regardless of development, this system could bring heavy rains to portions of Central America late this weekend through early next week. The National Hurricane Center is forecasting a 0% chance of tropical development within the next 2 days, but that increases to a 20% chance within the next 5 days.

The second is a tropical wave that is accompanied by a broad area of low pressure that is expected to move off the west coast of Africa on Sunday. Although tropical cyclone formation in this area is climatologically unlikely this late in the hurricane season, some development of the system is still possible before conditions become unfavorable by the middle of next week. The system is expected to move westward to northwestward toward the Cabo Verde Islands during the next few days. The National Hurricane Center is forecasting a 10% chance of tropical development within the next 2 days, but that increases to a 40% chance within the next 5 days. 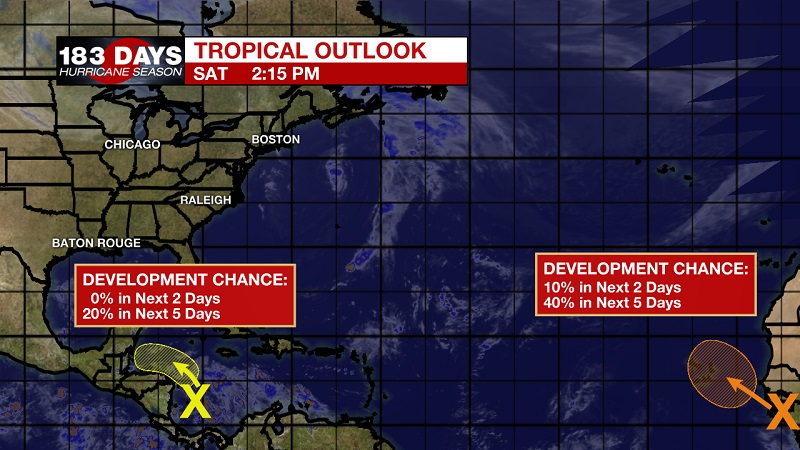 A zonal flow regime in the upper levels is expected to remain in place through Monday night, allowing scattered showers and storms through the beginning part of the workweek. By Monday night, the warm front should surge toward the I-20 corridor. This should provide a brief window of drier weather late Monday night into Tuesday morning. Behind the warm front, highs should rebound in the mid-80s Tuesday, with southerly winds which will continue to pipe gulf moisture onshore to provide scattered rain. Another cold front is poised to break through our area and into the Gulf on Wednesday, keeping isolated showers in the forecast Wednesday as highs stay in the upper 70s through Thursday.