CHICAGO, Ill. - Kristi Flury thought she was on a mother-daughter date Thursday when she and her mom sat down for a dolphin show at Chicago’s Brookfield Zoo.

When the 12-year-old was chosen to participate in the show, it became a dream fulfilled.

Kristi’s dad, Josh Flury, a captain in the U.S. Army Reserves, surprised her after a nine-month deployment to Kuwait. 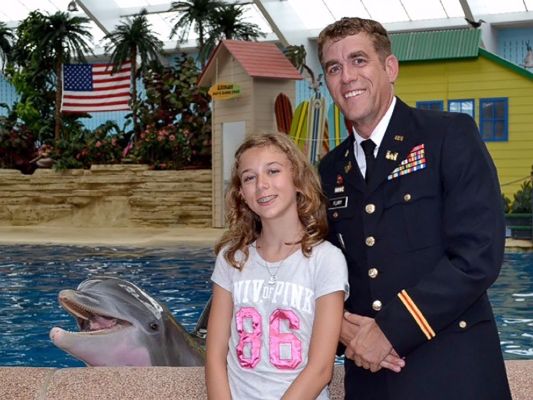 “My favorite moment was seeing him come out and just seeing him home,” said Kristi, who sprinted to greet her dad after enduring his second deployment.

She added in an interview with ABC News, “I’m excited to catch him up on how things have been going here and show him all the cool things I’ve learned and just welcome home.”