The Warriors and Cavaliers may battling it out in the NBA Finals, but Stephen Curry and Lebron James aren't the most popular players this year.

Analysts over at CableTV have released a map which shows the most popular NBA Finals player in each state. According to the site, it used Google trends data from the past 12 months to determine which NBA player is garnering the most search interest from state to state. 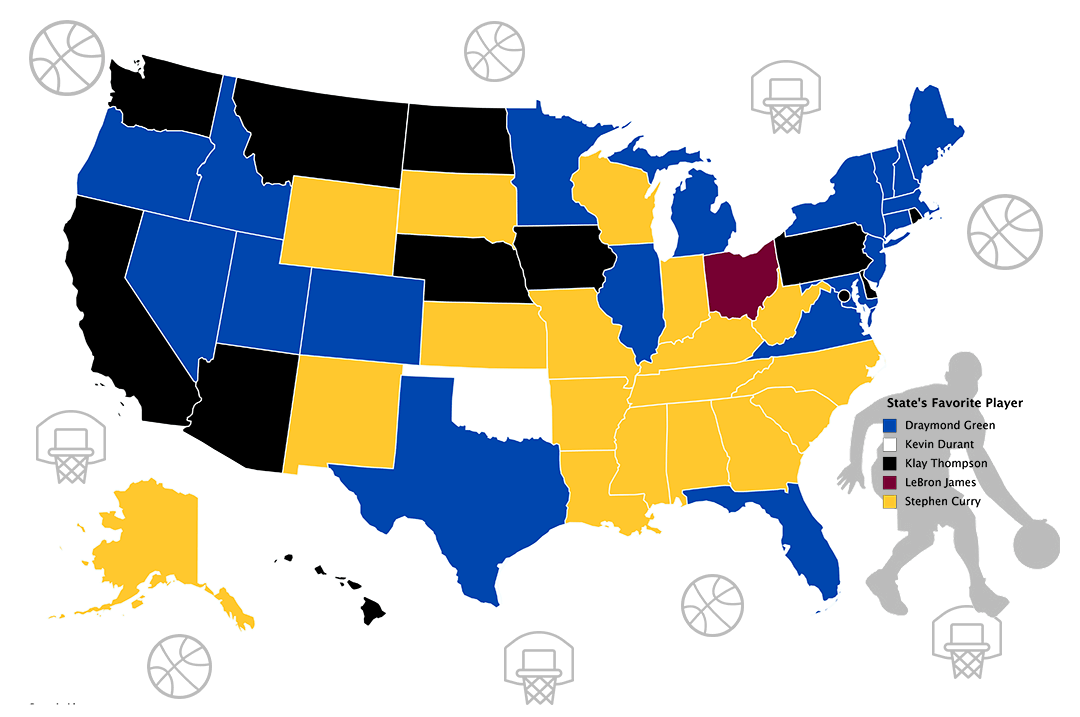 Research found that LeBron James and Kevin Durant only garnered the most search interest in one state, while Draymond Green was most popular across the US coming in with a total of nineteen states.

You can find more info on this map by clicking HERE.