It was shortly before 2 a.m. when first responders with the Baton Rouge Fire Department were called to the 3400 block of Wayne Drive, just off Winbourne Avenue, in response to a house fire. 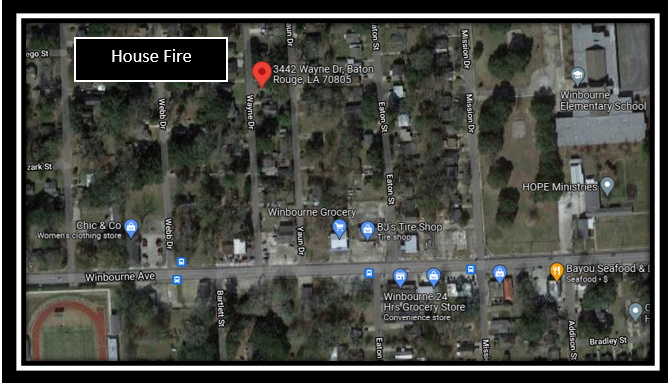 Firefighters said when they arrived the home was, "fully engulfed in flames."

Working swiftly, they were able to contain the blaze before it could spread to neighboring homes and no one was injured during the incident.

As a result of this act of arson, the home was a total loss; anyone with information regarding the fire is urged to call investigators at (225) 389-2050.