ESSEX - A senior dog has become a 'dad' to nine orphaned ducklings after their mother abandoned them.

Fred, a 10-year-old Labrador adopted the baby birds at Mountfitchet Castle, a tourist attraction near Stansted Airport in Essex, which is in the Eastern part of England. 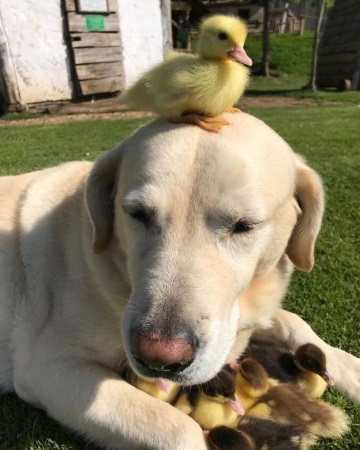 The ducklings' mother was nowhere to be found when staff noticed them waddling around alone, but Fred "immediately took to them and has been babysitting ever since."

According to BBC, the reconstructed castle is home to a number of rescued animals, but Fred is "the resident dog".