Each year, more than 49 million Americans fish recreationally in freshwater rivers and lakes. Some fish to relax, and some for the thrill. But in a changing climate, a new generation of anglers will have to get used to conditions far different from those of their parents and grandparents. Warming water in streams, rivers, and lakes is changing the habitats and behavior of fish, and resulting in a wide range of impacts in different parts of the U.S. While this issue is less prevalent for sportsmen in Louisiana, fellow fishermen around the country are experiencing the changes.

Cold water fish, like trout and salmon, struggle in warmer water. The amount of dissolved oxygen in the water drops as the water warms, causing the fish to become less active. For these fish, that critical temperature is about 70°F. In the Northwest, a general decline in snowpack has led to lower streamflows and warmer water in spring and summer, meaning that the 70°F threshold is exceeded more often. Montana has recently closed some rivers to recreational fishing, even for catch-and-release, because of physical stress on the fish. 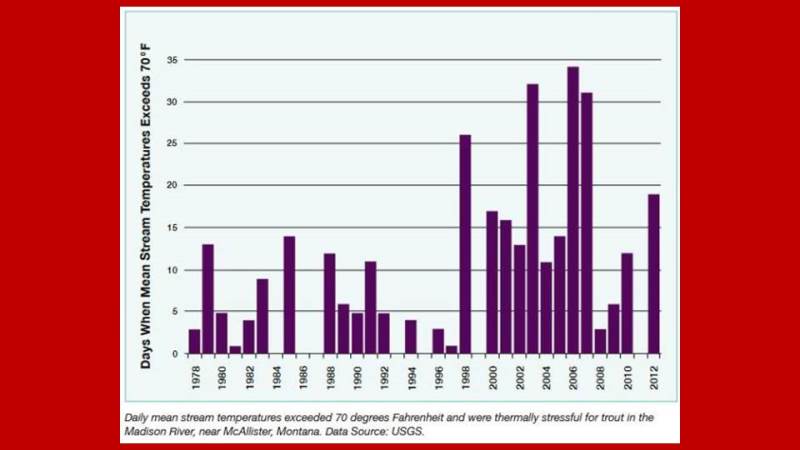 Although smallmouth and largemouth bass do just fine at water temperatures above 70°F, which are more common in the Southeast, the warmer water creates a more active breeding ground for bacterial infections and parasites. In the Northeast, a 2005 die-off of smallmouth bass in the Susquehanna River was traced to a bacterial disease called Columnaris, which becomes more contagious at higher water temperatures. And in the Great Lakes, warmer water has increased the size and feeding rates of the parasitic sea lamprey, which latches onto and devastates trout, salmon, perch and catfish. Just one sea lamprey can kill 40 pounds of fish during its 12-18 month feeding period.

The best time of the year for fishing is also changing in a warming climate, which has an economic impact on communities across the country. Bass, salmon, and shad in the Pacific Northwest and trout in New England are migrating or spawning earlier in the year. Anglers who plan vacations based on the best time year to fish may find the peak of the season has passed by the time they arrive. In addition to the disappointment, this mistiming can affect everything from businesses selling fishing equipment and operating field guides to housing and hospitality revenues. All told, freshwater fishing contributed $41.9 billion to the to the U.S. economy in 2016. 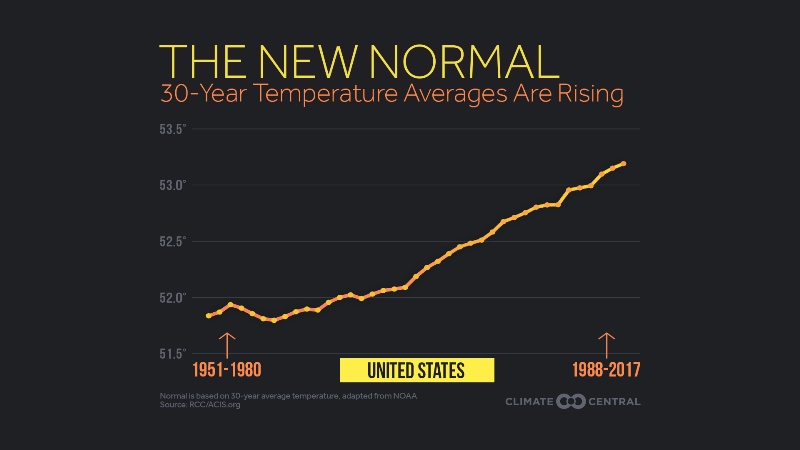 While organizations from the USDA to the Great Lakes Fishery Commission are working to keep fish habitats healthy, more warming means more trouble for fish in the coming years. With no change in the rate of current greenhouse gas emissions, habitats for all species of trout in the West could be cut in half by the 2080s, meaning a far less productive day at the lake or on the river for generations to come.

Economic data was collected from the American Sportfishing Association and is expressed in gross domestic product. Additional statistics are from Dr. Jack Williams of Trout Unlimited and Todd Tanner, President and founder of Conservation Hawks. Special thanks to Reynolds Wolf of the Weather Channel.