Tropical Storm Nestor has Formed in the Gulf

Today and Tonight: Mostly cloudy skies to start your Friday morning, but clouds will break up through the afternoon hours. Temperatures will be slow to warm because of the cloud cover, finally reaching a high of 73° through the late afternoon. The approaching tropical low could increase winds slightly between 5 to 10 mph inland, but closer to 15 to 30 mph sustained winds around New Orleans and east of the Big Easy. Tonight’s conditions will be mostly clear, as temperatures drop into the 60s around 6 PM, with overnight lows bottoming out near 57° into Saturday morning. 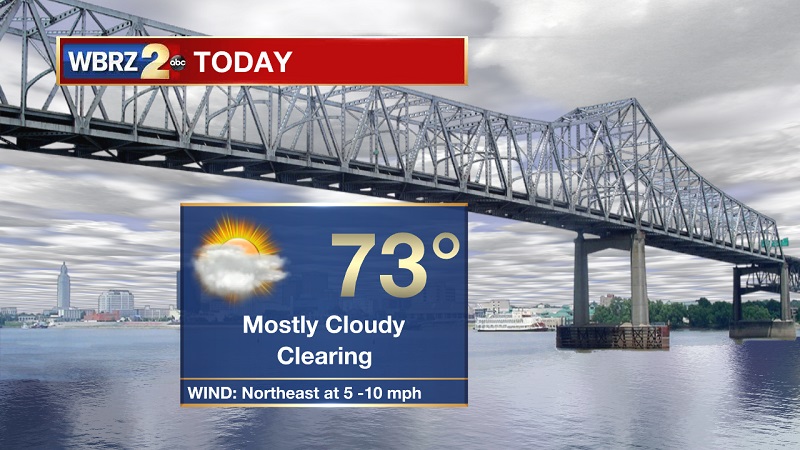 Up Next:  Warming through the weekend, as rain chances increase on Sunday and Monday. Drier and cooler conditions back in the forecast on Tuesday. 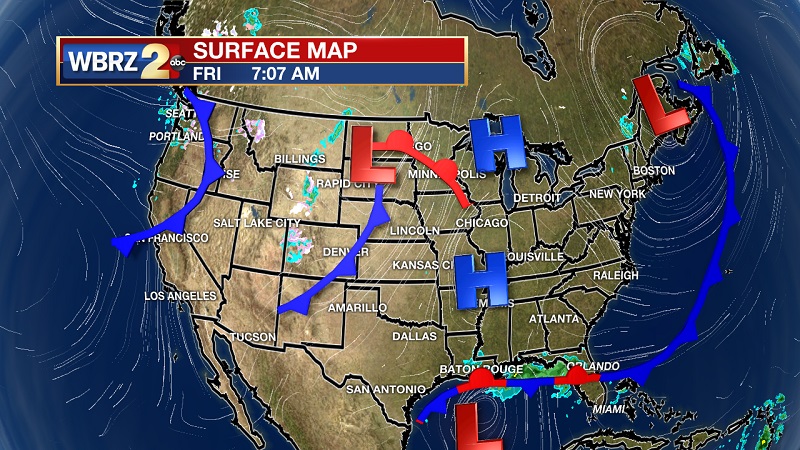 We are currently monitoring one wave in the Gulf.

Tropical Storm Nestor has formed this afternoon, involving dangerous storm surge and tropical storm force winds along portions of the northern Gulf Coast later today and tonight. Currently it is located about 195 miles south of the mouth of the Mississippi River and about 355 miles southwest of Panama City, Florida. Maximum wind speeds are now 60 mph and it is moving toward the northeast at 22 mph. This general motion is expected to continue through Sunday, followed by a turn toward the east-northeast by early Monday. On the forecast track, the center of Nestor will approach the northern Gulf Coast later today and tonight and move inland across portions of the southeastern United States Saturday and Sunday as it becomes a post-tropical cyclone. Nestor is expected to move offshore of the coast of North Carolina into the western Atlantic by late Sunday. Some strengthening is expected later today, with weakening forecast after Nestor moves inland. Nestor is expected to lose tropical characteristics and become post-tropical on Saturday. 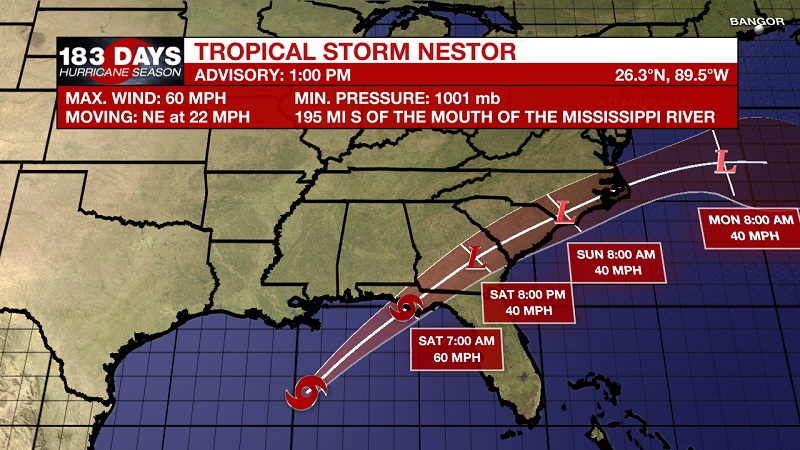 *Grand Isle, Louisiana to the mouth of the Mississippi 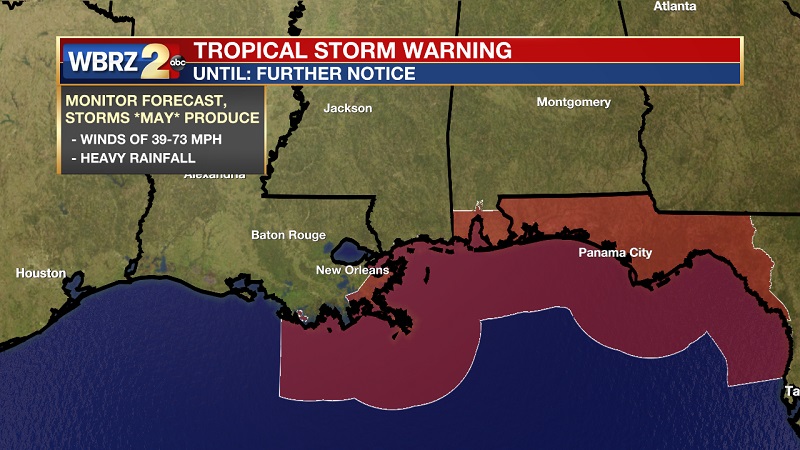 Breezy conditions and some coastal rain showers should stay along the southeastern portion of our state today. Overcast skies and cooler than normal temperatures will be experienced more inland. Strong easterly flow around 20 knots should also support some minor coastal flooding issues, especially along east facing shores. Strong subsidence tomorrow and dry air advection will take hold as high pressure builds back into the region. The clear skies and dry air will allow for strong radiational cooling tomorrow night, as lows will drop back into the upper 50s to low 60s. Our region will be in the right entrance region of an upper level jet max by Sunday afternoon. Increased onshore flow and weak moisture advection could promote increased cloud development and possibly some isolated storms along the Atchafalaya Basin and the I-10 corridor Sunday afternoon. A strong cold front will sweep through the region on Monday. Expect to see a line of storms to press through during the afternoon and evening hours across Southeast Louisiana and Southern Mississippi. This is supported by both favorable thermodynamic and dynamic support. The region will also remain in the right entrance of a strong jet streak and this will support the development of deeper convection. Bowing segments and straight line wind damage is the main concern Monday.