Tropical Storm Beta forms in the Gulf of Mexico

Tropical Depression Twenty-Two has been upgraded to Tropical Storm Beta. The maximum sustained winds are 40mph and it is moving north-northeast at 9mph. Scroll down to read more about Beta's impact on the local forecast.

Now that the name, Wilfred, has been assigned to a storm in the open Atlantic, storms will now be named with the Greek Alphabet. The first name, Alpha, was assigned to a post tropical storm near the coast of Portugal. 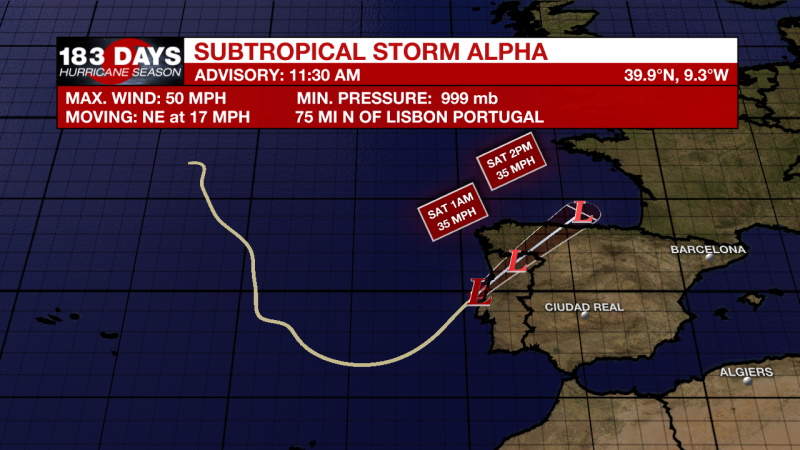 The Weekend: The weather conditions for the rest of the forecast are dependent on the behavior of a cold front and Tropical Storm Beta in the southwestern Gulf of Mexico. Starting Saturday morning, light showers are likely to move north through our viewing area. Light on and off rain on Saturday and Sunday will be most likely for areas south of Baton Rouge. When it isn’t raining, there will be mostly cloudy skies. Temperatures will be held into the mid to low 80s in the afternoon hours and in the 60s overnight.

Next Week: Areas south of Baton Rouge will continue to have higher rain chances through much of next week. The forecast track for TS Beta for next week is very uncertain. Increased cloud cover and rain activity close to the coast are the main impacts through Thursday. High temperatures will be in the mid 80s and overnight lows will be in the upper 60s.