Forecast feels more summer like than spring time. Mostly to partly sunny skies as a ridge settles. Precipitation chances slim and coverage to 10% for most. Expect the heat on full blast as each day from now until Wednesday afternoon will seem like the last. Average highs of 89 surpassed by the mid 90s we will experience for the next 48-72 hours. Keep hydrated, wear sunscreen, and take breaks as you enjoy outdoors activities. 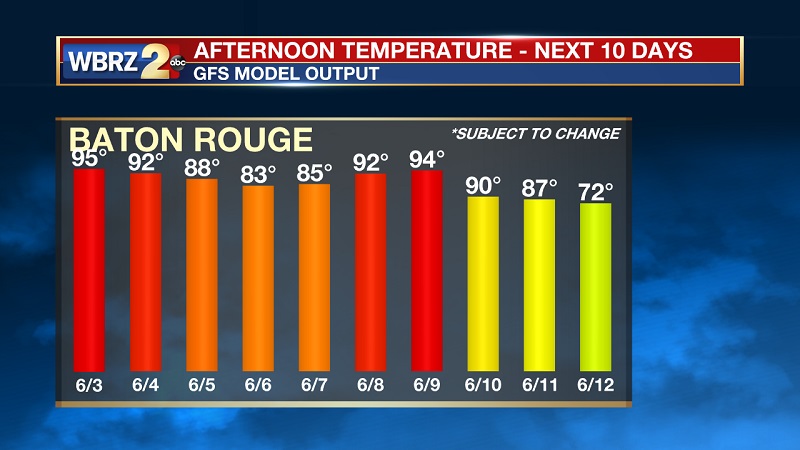 A break from the oppressive heat by late Wednesday into Thursday. A upper low moves from the west increasing the chance for rain showers and storms as it pushes the ridge east.
The Atlantic hurricane season has officially begun.
NOAA predicts a near normal 2019 Atlantic Hurricane Season. El Niño and warmer than average Atlantic shape this season’s activity.
9-15 named storms (winds of 39mph or higher)
4-8 could become hurricanes (winds of 74mph or higher)
2-4 major hurricanes (category 3, 4, 5; winds 111mph or higher)
Hurricane season ends November 30th. 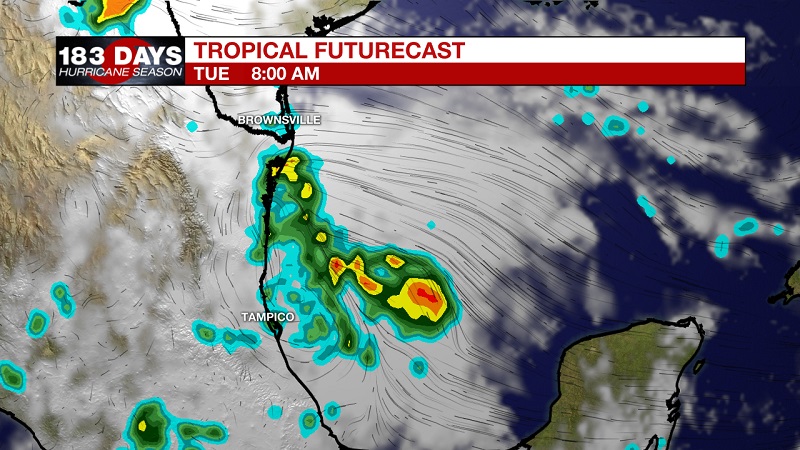 A broad area of low pressure is producing disorganized showers and thunderstorms over the Bay of Campeche. This system is expected to move slowly northwestward toward the coast of Mexico, and it could
become a tropical cyclone before it moves inland in a day or two. Regardless of development, the disturbance will likely produce heavy rainfall over portions of southern and eastern Mexico during the
next few days.
Chance of formation during the next 48 hours is 60 percent.
Report a Typo