Today and Tonight: Upper level high pressure will allow for a slightly drier day than yesterday, but spotty showers and storms will still be possible through much of the day. Temperatures will warm into the 90s around the lunch hour, as highs peak near 92° and heat indexes around 102°. Partly cloudy skies will stay overhead today and tonight, with conditions drying by 7 PM. Wind speeds will be between 5 and 10 mph out of the southeast, and calming later this evening. 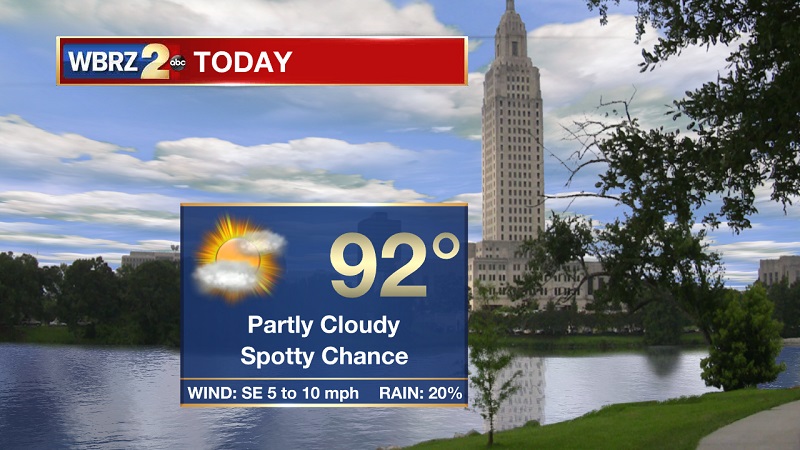 Up Next:  Spotty to isolated showers and storms through much of the week, as highs stay in the low to mid-90s through Wednesday. Heat will briefly return before the weekend, with highs staying in the mid to upper-90s Thursday and Friday. Rain chances increase over the weekend, as highs approach 90° Sunday. 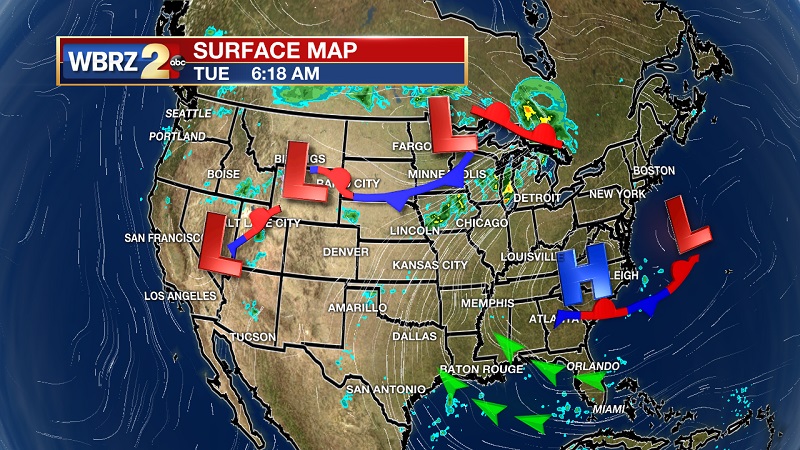 Tropical Storm Gabrielle is expected to become an extratropical cyclone later this morning. It is currently located about 785 miles west-northwest of the Azores with 50 mph sustained winds, and moving northeast at 25 mph. This general motion with an increase in forward speed is expected over the next couple of days. Little change in strength is forecast this morning, but a weakening trend is likely to begin through the day today. Gabrielle is expected to become an extratropical low later on this morning and dissipate over the far North Atlantic near the northern British Isles on Thursday. 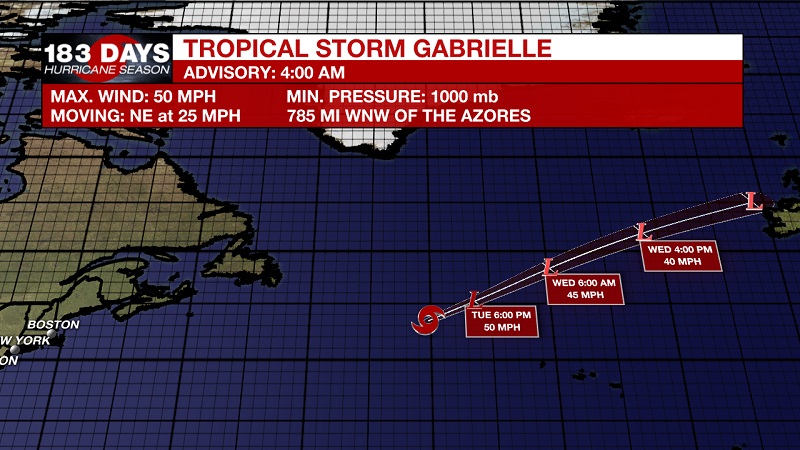 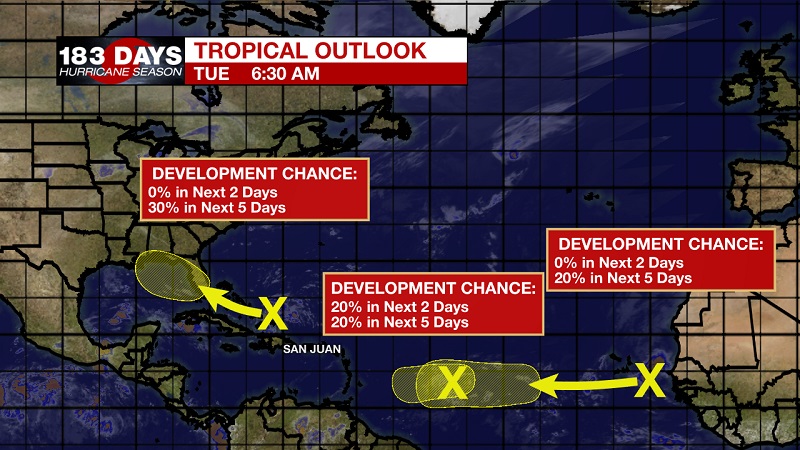 The first is a surface trough that is interacting with an upper-level low and is producing disorganized showers and storms from near the north coast of Hispaniola northeastward over the southwestern Atlantic for a few hundred miles. Little, if any, development of this disturbance is expected during the next few days while it moves west-northwestward across the Bahamas and the Florida peninsula. However, environmental conditions could become a little more conducive for development when the system moves into the Gulf of Mexico over the weekend. Regardless of development, this disturbance will produce periods of locally heavy rainfall across the Bahamas through Thursday, and across Florida on Friday and continuing into the weekend. The National Hurricane center is forecasting a 0% chance of tropical development within the next 2 days, which increases to a 30% chance within the next 5 days.

The second is a weak area of low pressure located more than 900 miles east of the Lesser Antilles which is continuing to produce disorganized showers and storms. Some slow development of this system is possible during the next day or two before upper-level winds become unfavorable for tropical cyclone formation. This system is expected to move slowly westward across the tropical Atlantic Ocean for the next several days. The National Hurricane center is forecasting a 20% chance of tropical development within the next 2 days, which increases to a 20% chance within the next 5 days.

The third is new for today. It is located just off the west coast of Africa, and is expected to move quickly westward during the next several days. Some slow development is possible late this week and over the weekend when the system is several hundred miles east of the Lesser Antilles. The National Hurricane center is forecasting a 0% chance of tropical development within the next 2 days, which increases to a 20% chance within the next 5 days.

The upper-level pattern over the southeast US will stay relatively the same through the week as a ridge is centered over the Appalachians. We will be on the western side of this upper high pressure through Wednesday, which will allow for spotty showers to continue through the midweek. The ridge will then build more west across our area and into Texas, helping to warm highs back into the mid-90s and drying conditions out. This will not last long though, rain chances will be increasing as a trough tracks across the Gulf of Mexico and eroding the ridge over the weekend. Models are not in agreement on how efficient this trough will be in breaking down the ridge along the Gulf Coast, with the Euro projecting the ridge will win the battle, and the GFS expecting the trough will win out. The difference is just how much moisture will be effecting our area starting Saturday. I am leaning slightly more toward the GFS, mainly because this trough has been a tropical wave that will press into a warm Gulf. It is likely that this trough should strengthen slightly, making it more efficient at pulling in Gulf moisture and pressing that moisture onshore in the form of scattered to widespread showers and storms beginning Sunday. Things could change in the coming days, so stay tuned. 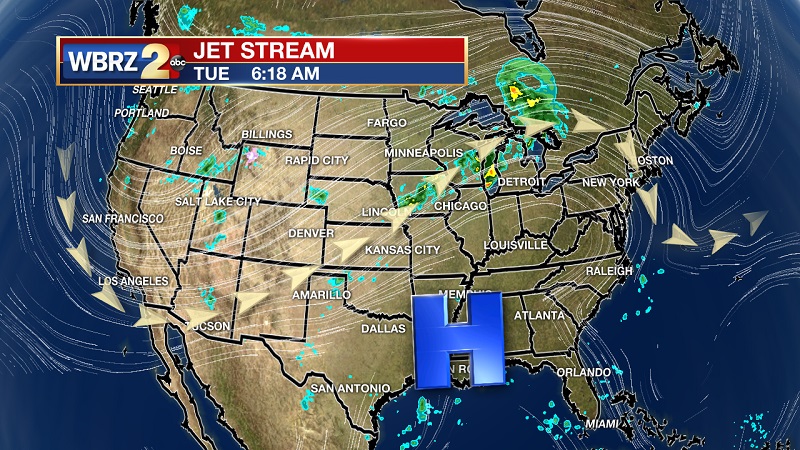