National Radio Day lands on August 20th of every year, which is the anniversary of the first telegram sent around the world via a commercial service. It occurred in 1911, and was sent from the New York Times office at 7 PM and arrived back to the same operator 16.5 minutes later. This message travelled 28,000 miles via operators in San Francisco, the Philippines, Hong Kong, Saigon, Singapore, Bombay, Malta, Lisbon, and the Azores in order to determine how fast a commercial message could be sent around the world by telegraph cable. The telegram is a written message from a telegraph, which was usually transcribed by an operator who was well versed in Morse code. 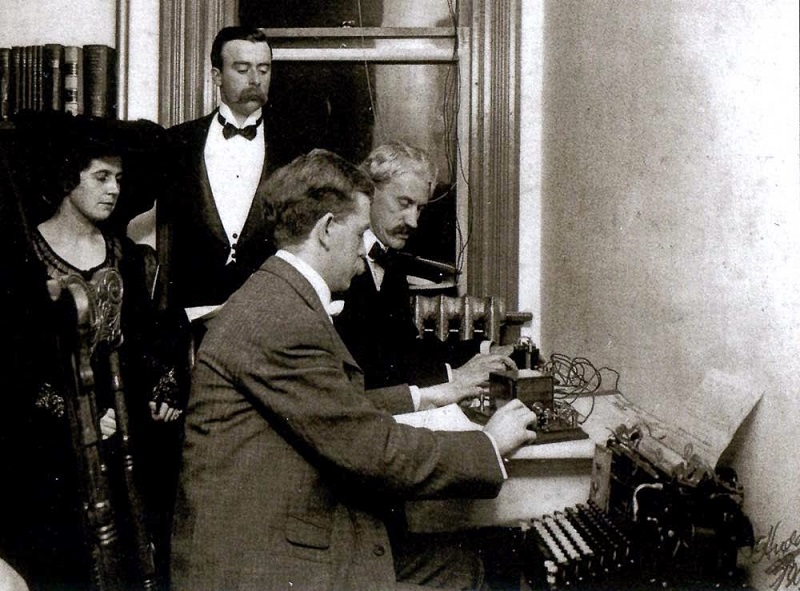 Image: The times telegraph operator on the seventeenth floor of the offices in Times Square sending the telegram stating: "This message sent around the world" at 7:00 PM on August 20, 1910.

It was a tale of two countries when observing how the telegraph slowly altered the world, between the United Kingdom and the United States of America. The first installation of the telegraph was a 13 miles stretch connecting two railway stations in London in 1838. In America, Samuel Morse sent a message across 3 miles using his device that same year, but it was not until 1844 that his message, “WHAT HATH GOD WROUGHT”, was sent 44 miles from the Washington Capitol to Baltimore. 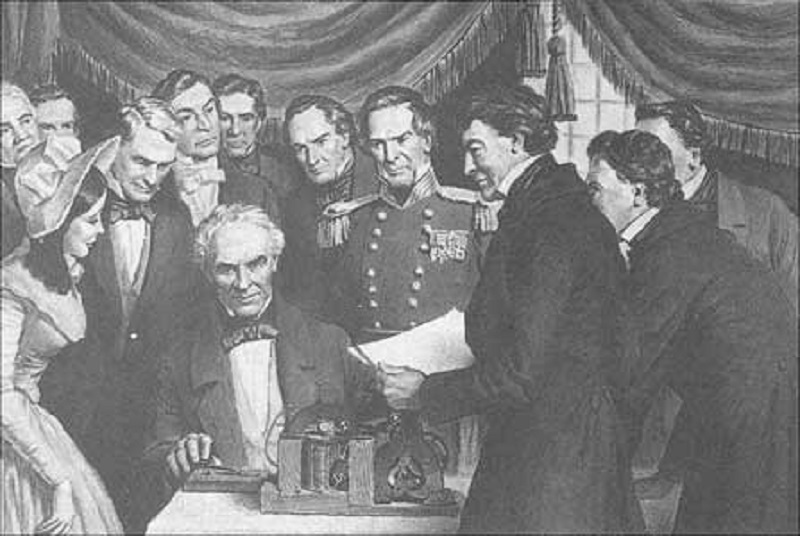 The importance of weather has always been necessary, especially when the message is almost instantaneous and the weather is severe. Only 5 years after the 1844 message from Washington, the Smithsonian Institution supplied weather instruments to telegraph companies in order to establish an extensive observation network. These observations were sent by telegraph to the Smithsonian in Washington D.C., where weather maps were then created. By the end of 1849, 150 volunteers throughout the United States were reporting weather observations to the Smithsonian regularly. In the next ten years, this weather network grew to 500 stations making and reporting daily weather observations. 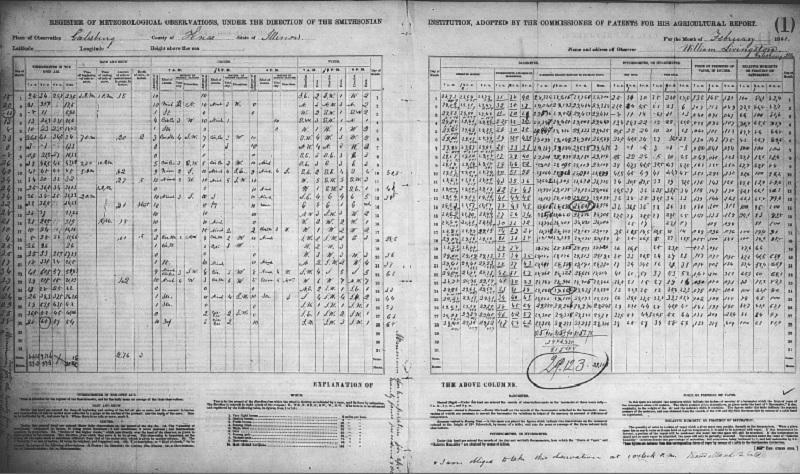 Guglielmo Marconi took the telegraph technology to the next level in the late 1890s, by making it wireless. In March of 1897, the 22 year old Italian inventor was able to transmit Morse code signals across Salisbury Plain, spanning about 3.7 miles.  It wasn’t long until he was able to send messages across the English Channel and from shore to ship in 1899, eventually across the Atlantic in 1901. This proved incredibly useful for mariners, especially during severe weather and rescue events, which eventually lead to daily news and weather updates for the ship’s crew and passengers by 1904. As wireless capabilities become more economical and dependable, broadcast stations began airing programs in the 1920s. The first commercial radio station was KDKA in Pittsburgh, which went on the air the evening of November 2, 1920 in order to broadcast the returns for the Harding-Cox presidential election. 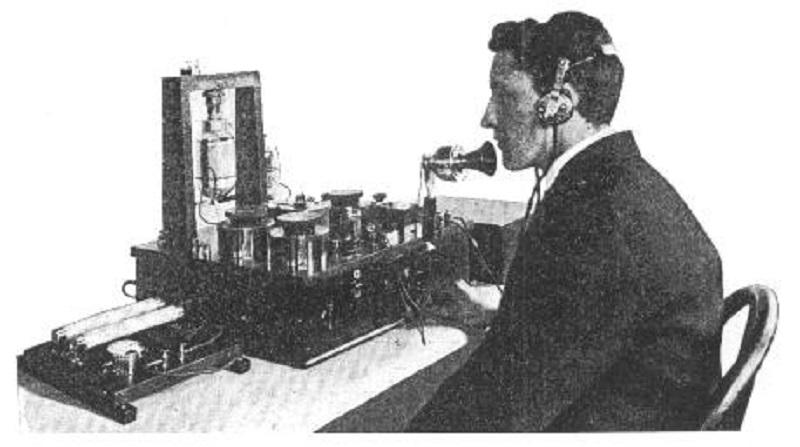 Communication has come a long way, but it was all out of the basis of necessity for public safety. This is the reason why the Emergency Broadcast System is still weekly tested across the airways, and now incorporates alerts to your mobile device. The stream of information and broadness of reach is vital for the preservation of life, and helps the call to arms for rescuers alike.