Today and Tonight: Mostly sunny skies to start your Monday off, but clouds will be building through the morning. Scattered showers and storms will be developing through the afternoon and evening hours, with some storms becoming rather strong. The majority of the area west of Tangipahoa Parish is included in a marginal risk of excessive rainfall through the day, with an isolated potential of 1-2” in some of these slow moving cells. We should average closer to the .25” to .5” rainfall amounts for most of our region. Temperatures will be warming to a high of 89°, with heat index values between 95° to 98° during the early afternoon hours. Showers should taper off after 7 PM, but a dissipating line of rain could break into our northwest parishes and counties after 10 PM. This is associated with a broken and ragged front that will increase rain and storm chances for Tuesday. Overnight lows will bottom out near 73° into Tuesday morning with light winds out of the south. 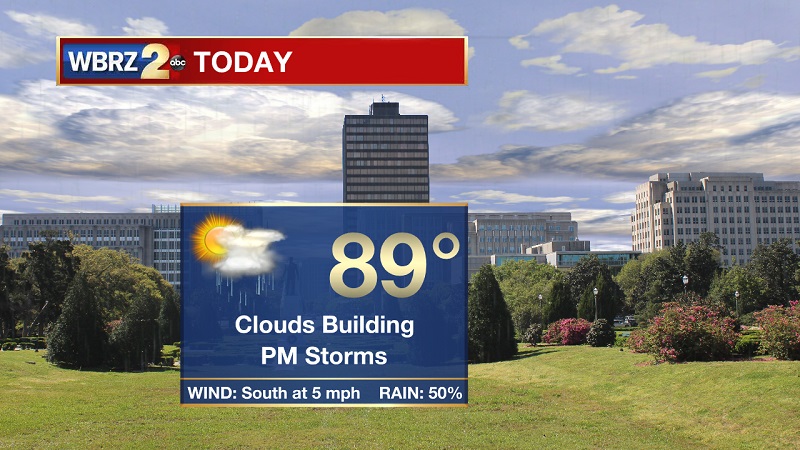 Up Next:  Scattered afternoon storms through the beginning part of the workweek, before we begin to experience more spotty showers starting Thursday. 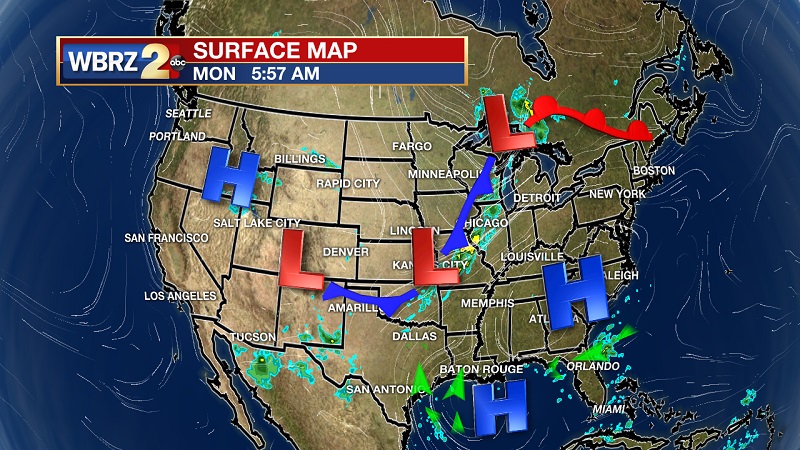 The Tropics: Showers and thunderstorms extending from the eastern Caribbean Sea to just north of the Leeward Islands are associated with a tropical wave. This disturbance is expected to move west-northwestward to northwestward across the north-central Caribbean Sea during the next few days, producing locally heavy rainfall and possibly some flooding across portions of the Lesser Antilles, Puerto Rico, and Hispaniola. Little development of the disturbance, however, is likely during this time as upper-level winds are forecast to become less conducive. The system is forecast to move near or over the Straits of Florida and the Bahamas by the end of the week, where environmental conditions could be a little more conducive for development. The National Hurricane Center is forecasting a 10% chance of tropical development within the next 48 hours, and a 20% chance of development within the next 5 days. 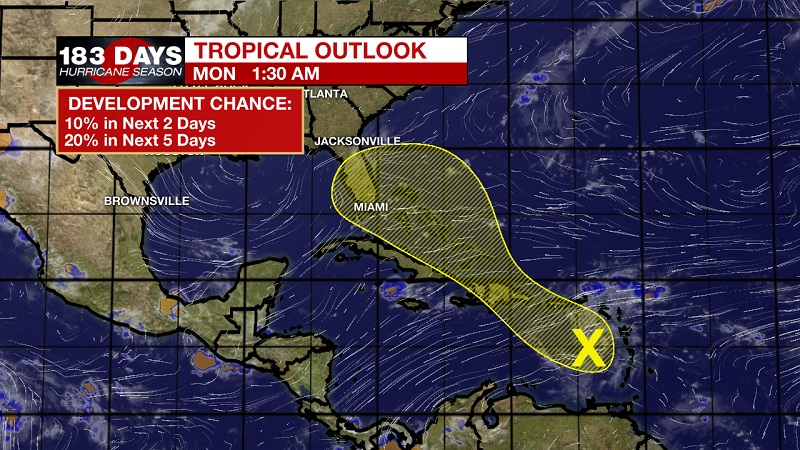 A weak high pressure has developed in the northern Gulf over the last 24 hours, which will work together with an approaching fragmented cold front from the northwest to continue afternoon scattered storm activity through Southern Louisiana into the start of the workweek. The high pressure will supply the moisture from the Gulf and push it onshore, as the front will push more instability in and allow for vertical development of storms to be rather efficient. This weather pattern stays through Tuesday before the front dissipates. The high pressure in the Gulf should weaken, but stay intact enough to keep spotty to isolated showers in the forecast starting Thursday. Southerly winds will also confine dewpoints in the mid-70s through the next several days, keeping humidity in the area and heat index values in the mid-to-upper 90s. A weak mid-level low pressure system will break off of the fragmented front that pushed through and stalled earlier in the week. This low will push into the northern Gulf of Mexico late Friday and into Saturday, bringing a return of scattered storms across our area for the start of the weekend.