NOAA: warmer than average spring in the Baton Rouge area

NOAA issued its three-month U.S. Spring Outlook today, highlighting a moderate risk of flooding in the Ohio River Valley basin and lower Mississippi River where streamflows and soil moisture are well above normal after major flooding from recent heavy rainfall.

Drought is forecast to persist or worsen in the southern and central Plains, Southwest and California, according to the NOAA forecast as warmer and drier-than-normal weather is likely to engulf the region this spring.

“Whether it’s an emergency manager dispatching resources ahead of possible flooding or accurate predictions of river flows and water levels to ensure safe navigation on waterways, NOAA’s seasonal forecasts have economic value for the nation,” said Neil Jacobs, Ph.D., assistant secretary of commerce for environmental observation and prediction. "The benefit of these seasonal and subseasonal forecasts will continue to grow as we improve them in accordance to the Weather Research and Forecasting Innovation Act." 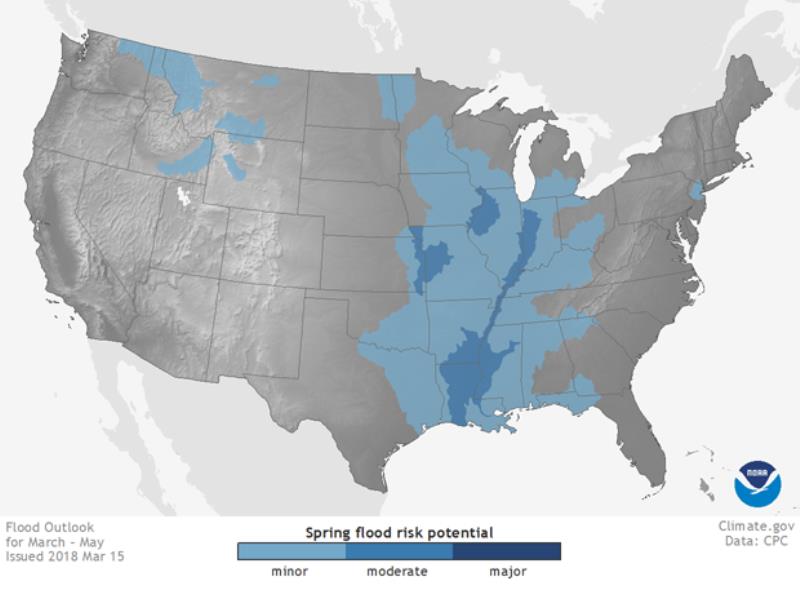 Even ahead of the typical spring flood season, heavy rainfall has already caused damaging floods in the Ohio and Mississippi River basins and brought record flooding to the lower Great Lakes region.

“Flooding that began in mid-February is still ongoing for parts of the middle and lower Mississippi Valley and is forecast to continue for at least the next few weeks,” said Thomas Graziano, Ph.D., director of NOAA’s Office of Water Prediction. “We encourage people nationwide to be prepared for the range of spring weather threats, including flooding, and tune into local forecasts to monitor their individual risk.”

The flood risk outlook is based on a number of factors, including current conditions of snowpack, drought, soil moisture, frost depth, streamflow and precipitation. Local heavy rainfall, especially associated with thunderstorms, can occur throughout the spring and lead to flooding even in areas where overall risk is considered low. 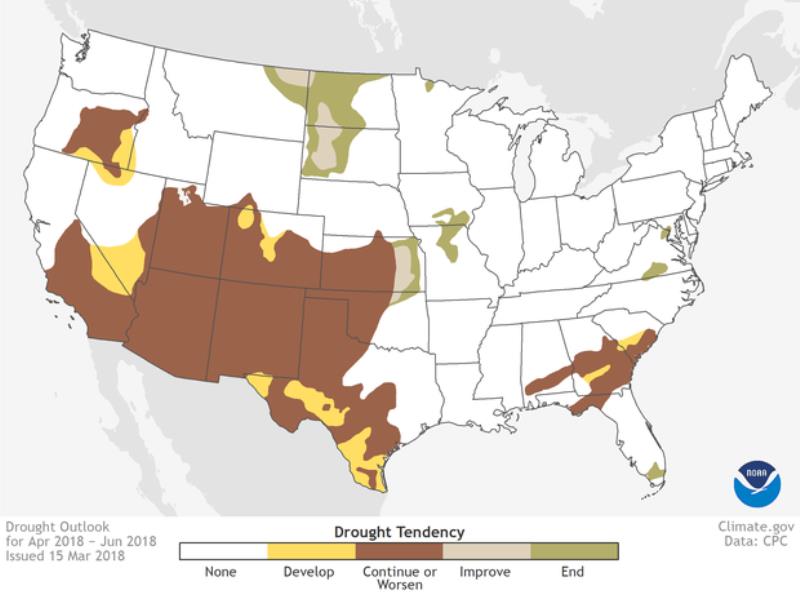 More than a quarter of the country is currently experiencing drought from Southern California into the Southwest, the northern and southern High Plains, and parts of the Southeast. Drought is likely to persist in most of these areas and potentially expand by late June. Drought improvement should occur in the northern Plains and lower Missouri Valley where above-average precipitation is expected during a normally wet time of year. 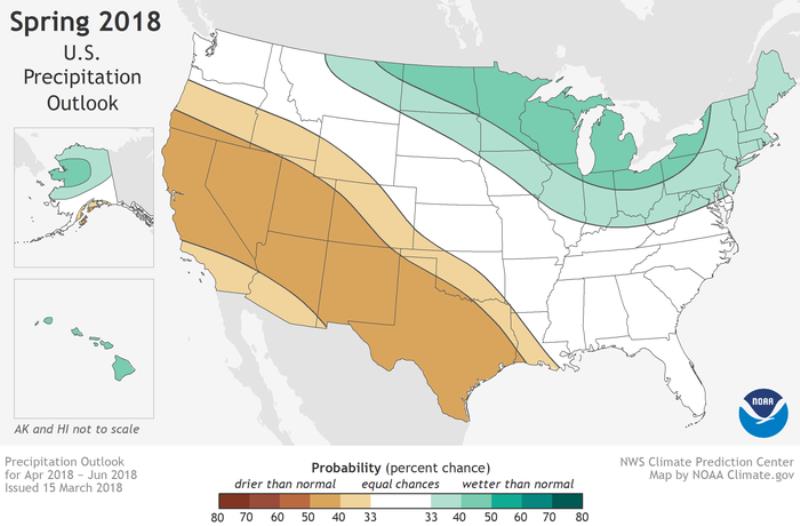 Below-average precipitation is anticipated across much of the West and South, extending from California to the south-central Plains, including Texas and parts of Oklahoma where drought is currently affecting the region. Below-average precipitation is also favored for a small area across the south coast of Alaska. It is most likely to be wetter-than-average for much of the northern U.S., extending from the northern High Plains, across to the Great Lakes and Ohio Valley, eastward to include the mid-Atlantic and Northeast as well as for northern Alaska and Hawaii.