A FLASH FLOOD WATCH has been issued for all of southeast Louisiana and southwest Mississippi until Thursday morning. An additional 2 to 4 inches of rainfall with locally higher amounts are expected through Friday. Rainfall will be efficient and could come down very heavy at times quickly leading to draining issues. Combine that with the amount of debris still across the region, drainage systems may be blocked leading to additional flooding concerns. At this time, local rivers are expected to rise and crest near flood stage. If the highest amounts occur right on top of the associated basins, some may enter flood stage. 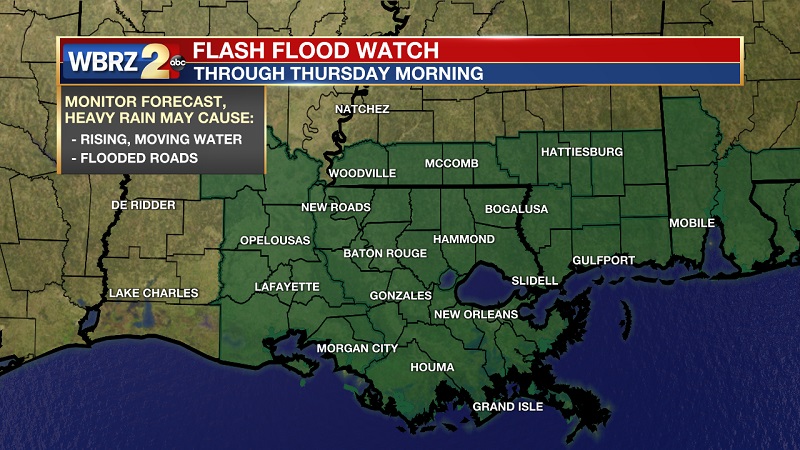 Today: Due to the remnants Nicholas to our west, periods of rain will continue especially through the morning. Rainfall rates will be high at times, leading to the potential of flash flooding. By this afternoon, the widespread nature of the showers and storms will start to wind down, but we will still need to be on the lookout for a few heavy downpours. Temperatures will max out in the low 80s.

Thursday and Friday: The remnants of Nicholas will continue to produce rain and a few thunderstorms across the area, but the activity should become more scattered in nature. While the rain may still be heavy at times, more breaks in the action will allow drainage systems to accommodate the runoff more efficiently. Temperatures will continue to trend in the low to mid-80s.

Weekend and Beyond: By the weekend, the flood threat will diminish but leftover tropical moisture will remain in the atmosphere. Each afternoon through at least Monday will feature isolated to scattered showers and thunderstorms. The ongoing active pattern will keep high temperatures below average. Click here to see the 7-day forecast.

RIVERS & CREEKS AS OF 9 AM WEDNESDAY 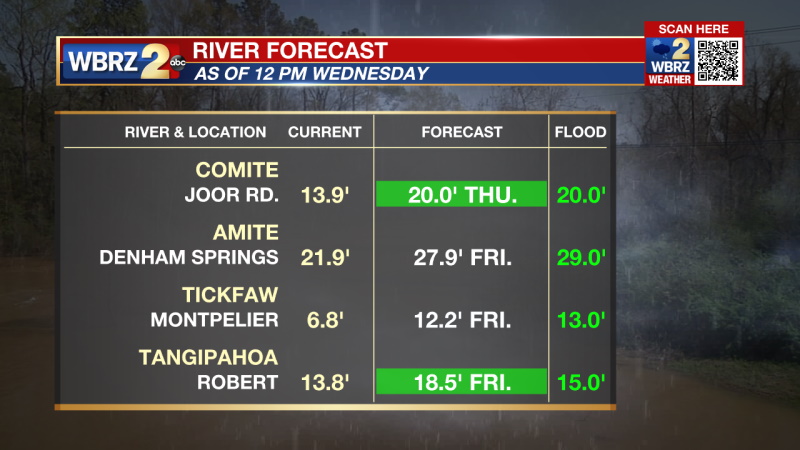 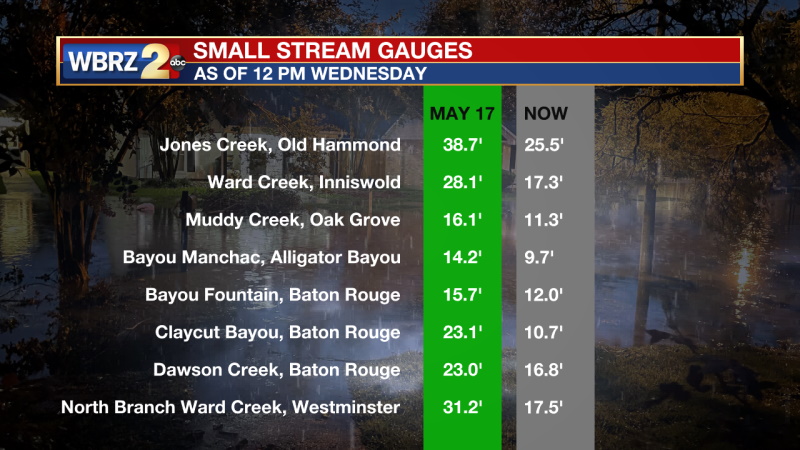 Elsewhere in the Tropics:

A tropical wave located over the far eastern tropical Atlantic is producing an area of disorganized cloudiness and thunderstorms. Environmental conditions are forecast to be conducive for gradual development of this disturbance over the next several days, and there is an 90 percent chance that a tropical depression forms later this week while the system moves westward at about 15mph across the eastern tropical Atlantic Ocean.

An area of low pressure is forecast to form by midweek a couple of hundred miles north of the southeastern or central Bahamas as a tropical wave interacts with an upper-level trough. Some gradual development of this system is possible thereafter, and there is a 70 percent chance that a tropical depression could form later this week while the system moves north-northwestward or northward across the western Atlantic. 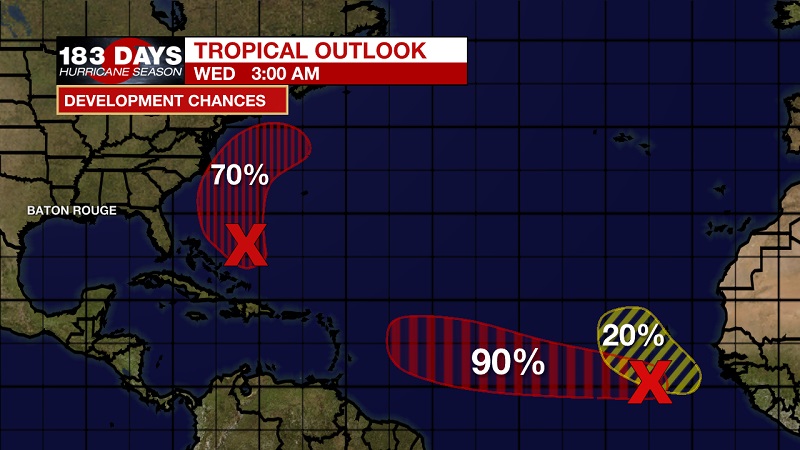 Reminder: With the threat for impactful weather—tropical thunderstorms—please have access to alerts through Saturday. You can download or activate the WBRZ WX App on your Apple or Android device or turn on a NOAA Weather Radio for bulletins such as watches and urgent warnings. Of course, WBRZ, WBRZ+ and the Cable Weather Channel will have updates as active weather dictates.