Tonight: Another cool, crisp night with lows in the mid 50s. Winds will be light out of the east.

Tomorrow: Expect plenty of sunshine to end out the weekend. High temperatures only in the low 80s will make things feel comfortable in the afternoon. Winds will be light out of the east.

Looking Ahead: The cool, dry weather pattern continues through the end of the weekend. Another weak cold front will pass through the state Sunday, but will not bring any major changes besides re-enforcing the dry air pattern. By the middle of next week, we will begin a gradual warm up with highs returning to the middle-upper 80s. Any chance for rain over the next seven days would be late next week, due to tropical moisture tied to the two tropical systems in the southwestern Gulf and Caribbean. 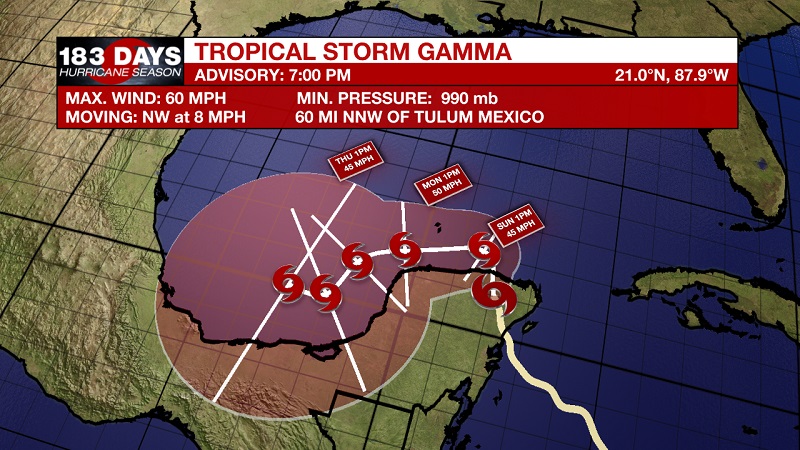 Tropical Storm Gamma: As of the 10pm advisory, max. sustained winds were at 60 mph, movement was northwest at 8 mph. Tropical Storm Gamma made a landfall earlier today over the northeastern Yucatan Peninsula. It will begin to slow down and pull away from the Yucatan Sunday afternoon. By Tuesday, the system will be sitting in the Bay of Campeche, where it will continue a very slow movement. As of now, Tropical Storm Gamma does not look like a threat to Louisiana. 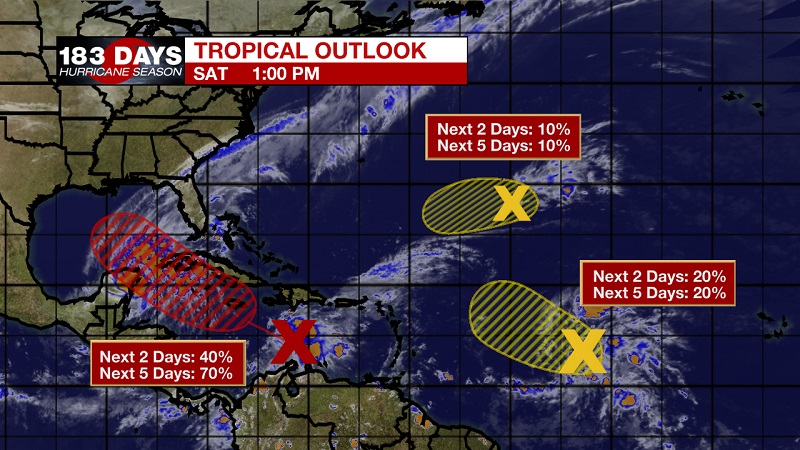 We are also keeping an eye on a tropical wave in the eastern Caribbean (Invest 92L) that will likely become a tropical depression sometime early-mid next week. There are two more tropical waves in the central Atlantic as well, both with a low chance of development as of now.

The Future of Invest 92L: 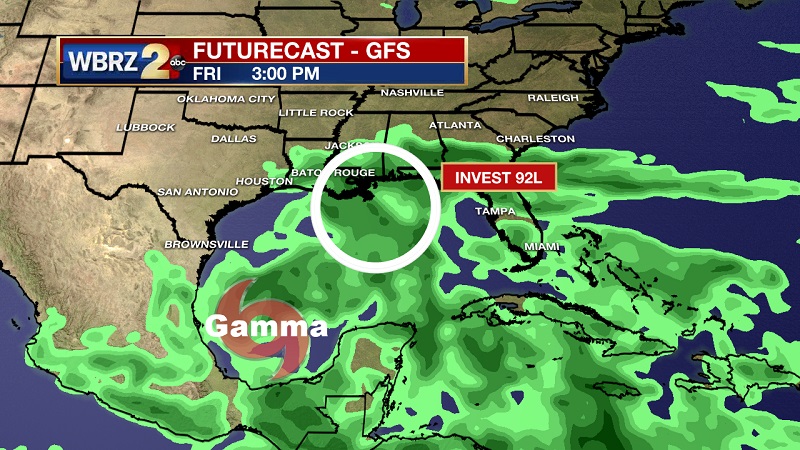 The GFS model shows a more westward track with Invest 92L, bringing in plenty of rainfall across southeast Louisiana by late next week. 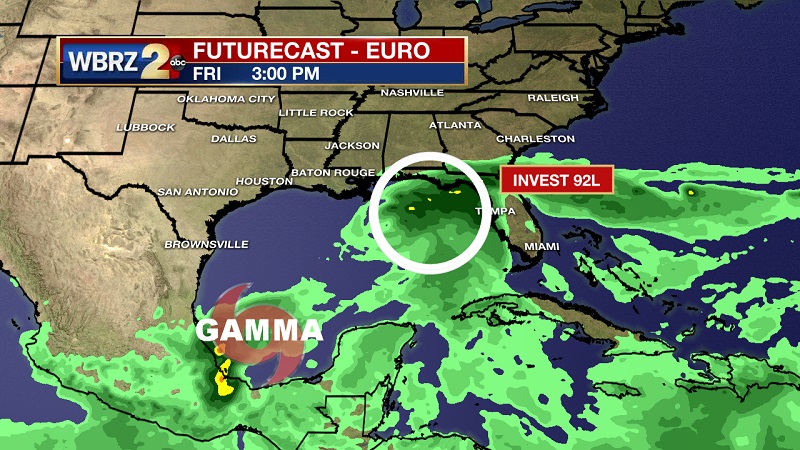 The European model shows a drier solution, with Invest 92L remaining east of the state, therefore we don't see much rainfall from whatever develops with the system.

Bottom line: It is too early to specify where Invest 92L will track or how strong it will get. We will just need to keep a close eye on the tropics, especially as we move into next week.