Hurricanes will no longer be named with Greek Alphabet, Four names officially retired

Four hurricane names have officially been retired and the Greek Alphabet will no longer be the backup list for storm names.

The minds of the Hurricane Committee in World Meteorological Organization (WMO) were able to come together to address name retirement for the first time since 2019 due to COVID-19.
The committee decided, due to loss of life and property, the names Dorian (2019), Laura (2020), Eta (2020), and Iota (2020) will be retired and removed from all future lists. 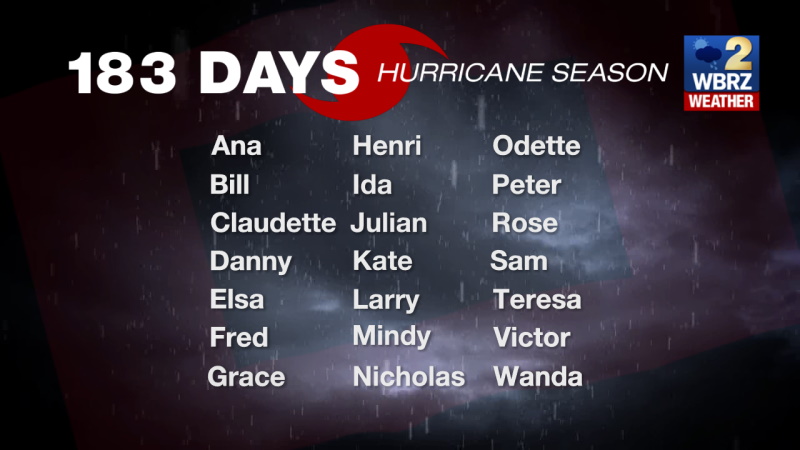 The extensive use of the Greek alphabet in the record-breaking 2020 hurricane season lead to further discussion. The Greek Alphabet has been used twice in the past 15 years (2005 & 2020) when the original list of names was exhausted. It is anticipated to happen again in the future.

Ultimately the committee decided that the use of the Greek Alphabet creates too many communication problems. Due to unfamiliarity, too much emphasis was given to the name rather than the storm and its impacts. Greek letters can confuse messaging when translated into other languages. The pronunciation of the letters is very similar when they are used in order like Zeta, Eta, and Theta, adding to the communication breakdown.

Greek alphabet will not be used for future #hurricane names because it created a distraction from storm warnings and caused confusion in 2020.
IF regular list of names is exhausted, a new supplementary list will be used
(And we hope not in 2021)https://t.co/tJGn1dxT1o
???? pic.twitter.com/Fxrds5u56I

Get right now weather conditions for your location on the WBRZ WX App on your Apple or Android device. Follow WBRZ Weather on Facebook and Twitter for even more weather updates and unique weather insight from the whole team!