Afternoon showers and thunderstorms are becoming a regularly scheduled thing as we head into the peak of summer. With these thunderstorms, we have been experiencing frequent intense lightning shows across the area.

To see lightning, first we need a storm. Here in south Louisiana, showers and storms are not hard to come by, especially during the summertime months. Storms bubble up due to available moisture, instability, and lifting in our atmosphere. With the Gulf of Mexico being just to our south we have a large moisture source. The instability is usually caused by the warmer air at the surface that rises upward. Lifting mechanisms could be frontal boundaries, however during the summer sometimes the heat can provide enough lift.

Next, we need a storm cloud that has sufficient updrafts and downdrafts within the cloud. Also not hard to get here due to the contrast in the warm air temperature at the surface compared to the cooler air temperature aloft. Naturally, the circulation occurs when the atmosphere is trying to stabilize itself. 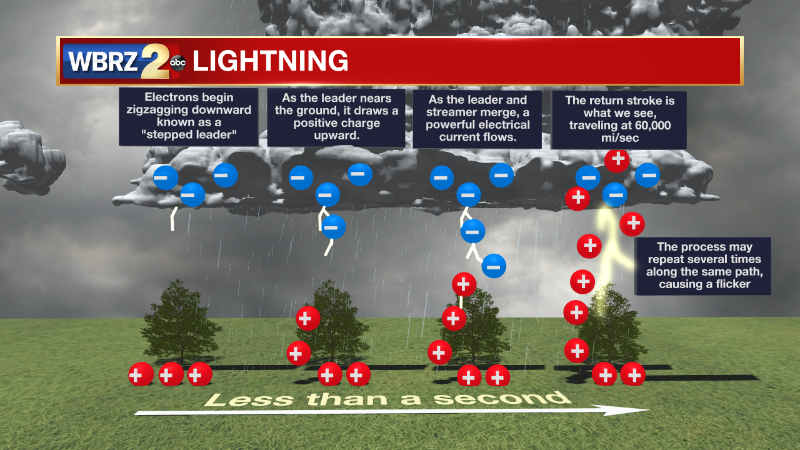 Then within the cloud, we need a subfreezing layer. Within this layer graupel (hail particles) will begin forming. The updraft and downdraft already established within the cloud will do the rest. When frozen particles collide with other droplets within the cloud an electric charge happens. 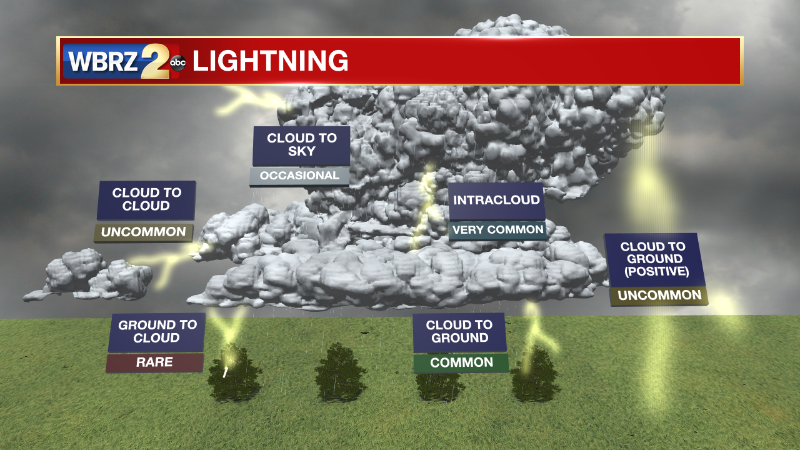 Once the electric charge has built up within the cloud there is a rapid discharge of electricity, lightning. Lightning can occur between clouds, the air, or the ground. The most frequent lightning we see here is clouds-to ground or cloud-to-cloud strikes. 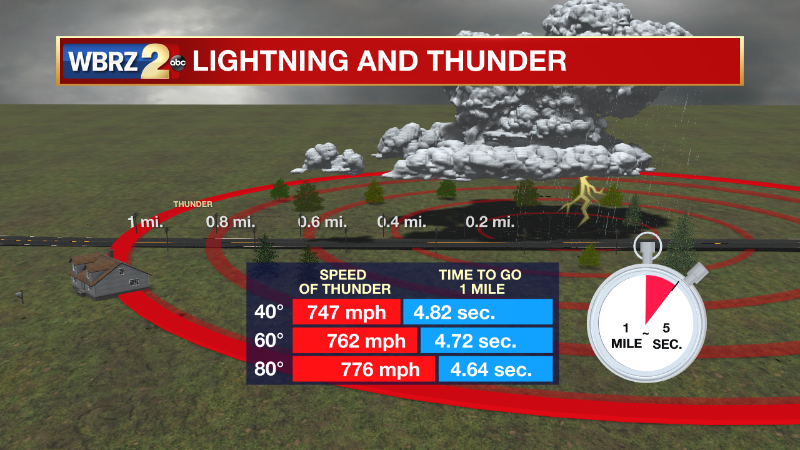 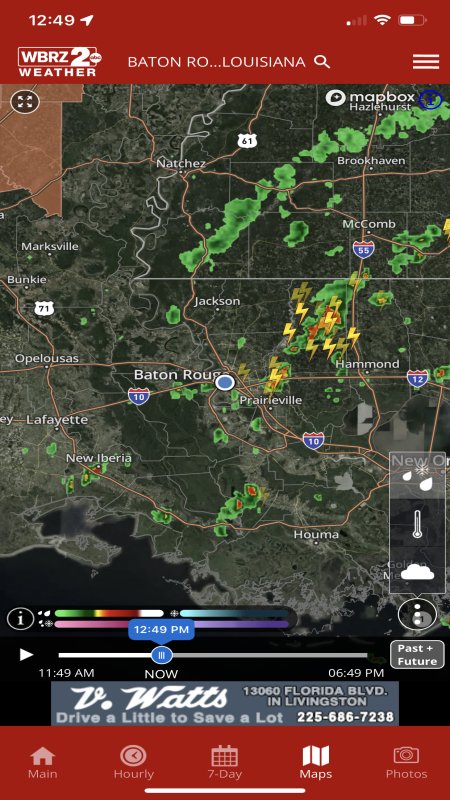