No other individuals appeared to be involved in the crash, which resulted in Enzi's hospitalization for treatment of a broken neck and ribs.

He was later flown to UCHealth Medical Center of the Rockies in Loveland, Colorado, for further treatment.

A former spokesperson for Enzi said the Senator died peacefully, surrounded by friends and family.

His family issued a statement regarding their loss, saying: "His family expresses their deep appreciation for all of the prayers, support and concern. They now ask for privacy and continued prayers during this difficult time."

His family expresses their deep appreciation for all of the prayers, support and concern. They now ask for privacy and continued prayers during this difficult time.

The family is planning to hold a celebration of a life well-lived, with details to be shared later. https://t.co/vn0wxDWrgS

Born in Washington and raised in Wyoming, Enzi's political career began when he was about 30 years of age, before then, he'd been a shoe salesman.

He was elected mayor of Gillette, Wyoming in 1974 and maintained this position for two terms.

Eventually elected to the U.S. Senate in 1996, Enzi quietly made waves over the years by emphasizing compromise over confrontation.

It was with this unpretentious approach that he passed over 100 bills in the U.S. Senate.

The Senator's down-to-earth nature was highlighted in an intimate PBS interview conducted just three months shy of his death.

In reflecting on his nearly five decades of work as a government servant, Enzi said, "It's been a delightful adventure... I've gotten a fantastic education. Everything that I've ever worked on has been an education for me because I really didn't know as much as I should have to be able to handle the situation. But I've also been lucky in that I've had some good people to work with."

The Senator went on to say, "I've never had anybody work for me, I've only had them work with me. And I was able to find tremendous groups of people to help me out through all of the different things that I've done whether it was being mayor or being in the legislature and now in the United States Senate."

He also mentioned his wife of 51 years, Diana, saying, "But of course, the biggest help that I've had was having somebody say yes to my request to marry, and she has been with me now for over 51 years, almost 52 years and just been a tremendous helpmate and actually, she does the bulk of the work and I get the bulk of the credit." 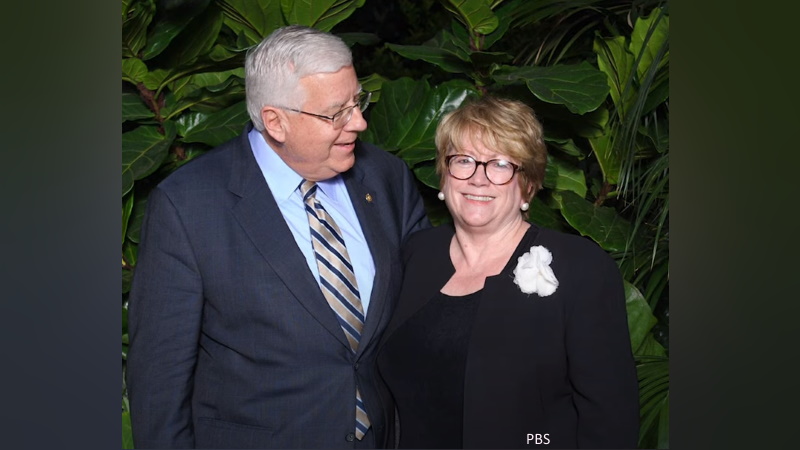 When asked how he felt about retirement, Enzi's response revealed his affection for his community. He said, "It's very nice to have the extra time and not have to travel and to be around Wyoming people all the time."

The PBS interview with Enzi is available to watch below.

A number of Enzi's colleagues took to social media to offer condolences to his family and express their own grief in relation to his death.

My condolences are with his beloved wife of more than 50 years, Diana, and his entire family. See my full statement mourning his loss: https://t.co/H0Bl2U9u4p pic.twitter.com/2vqHUuyLmc

Mike Enzi was a colleague, friend, and champion for the people of Wyoming. I enjoyed spending time with him during many Wednesday mornings at the Senate Prayer breakfast. I am very saddened to hear of his passing, and I am praying for his family.