According to the East Baton Rouge Sheriff's Office, 23-year-old Brandon Short was arrested Tuesday at his apartment, Blu on the Boulevard, near the corner of Bluebonnet and Perkins Road. An East Baton Rouge Schools spokesperson said Short, a music teacher at Ryan Elementary School, was placed on leave Aug. 5.

"He was hired with the school district on 8/2/2021. Upon that employment his background check and fingerprints were cleared on 8/5/21. He was placed on administrative leave 8/5/22. Short  was assigned as an itinerant teacher at Ryan ES."
The school system said it refused to answer any more questions about Short's arrest or his time as an employee, citing it as a "personnel and law enforcement matter." 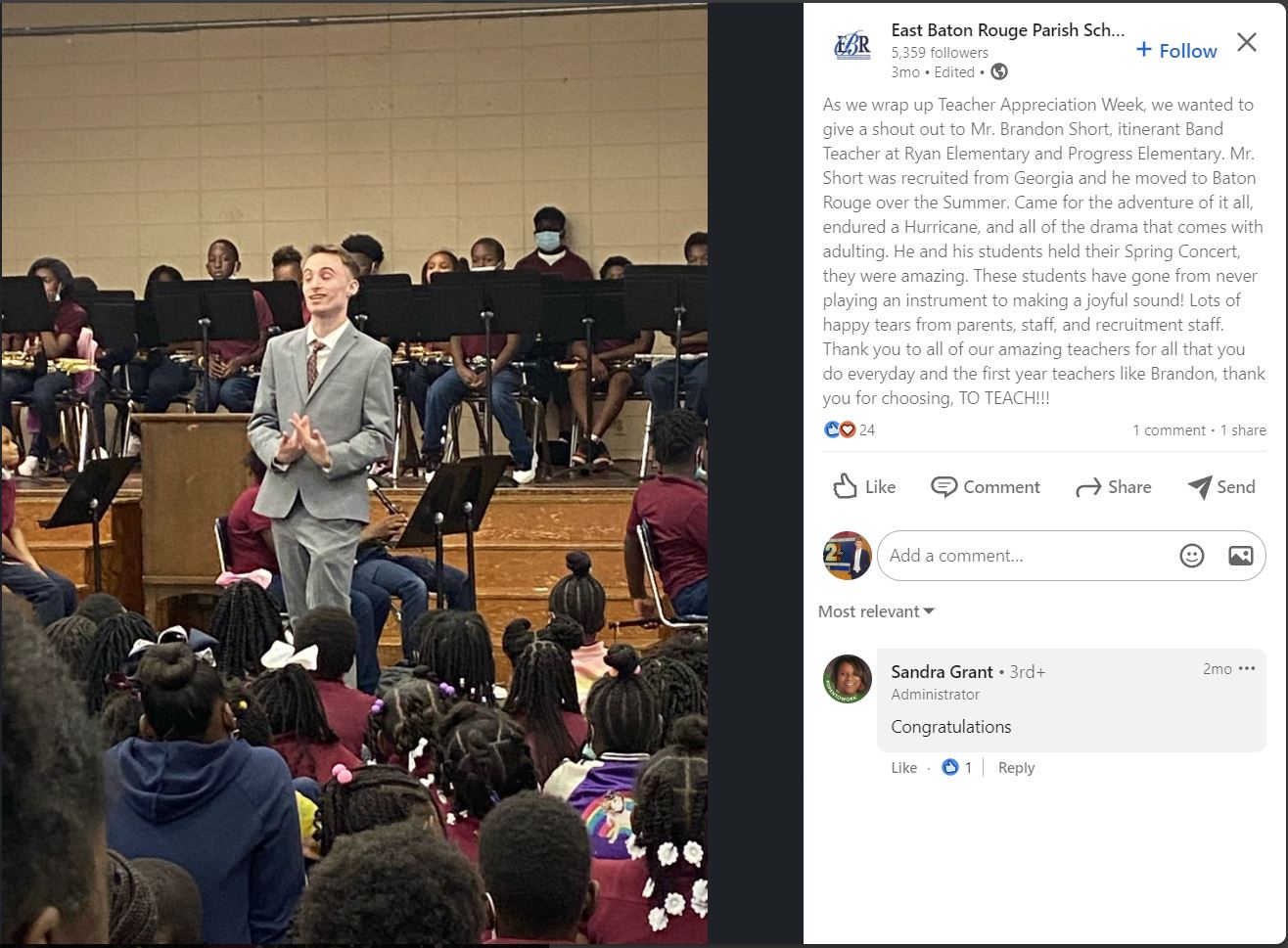 If convicted, Short could go to prison for a minimum of 25 years without parole, probation or a suspended sentence.