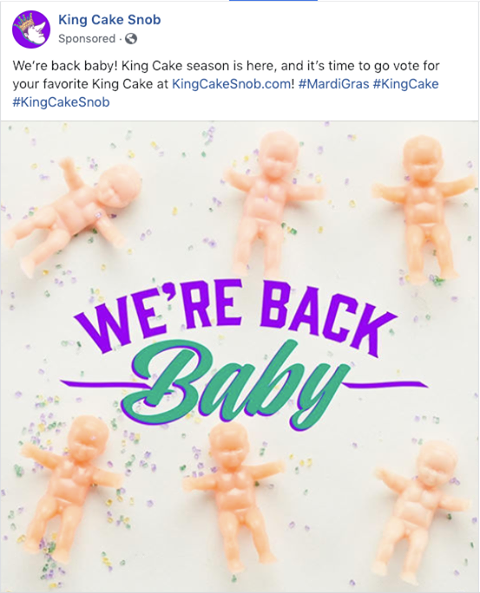 However, those bare-naked babies were seemingly removed by Facebook.

Innovative Advertising shared with the New Orleans Advocate a notice it claims it received from the social media giant, citing the babies' nudity as reason for the removal.

The page has since made multiple posts lambasting the baby censorship, even going as far to post more pictures with a black bar covering the babies' nether regions.

A representative for King Cake Snob told the Advocate it plans to continue fighting Facebook over the censorship.

“There must have been some bot scanning for nudity, but I mean come on Facebook, they need more of a human touch here," Alexander said. "It's mind-boggling. We thought it was a joke at first."

The fabled king cake babies, which represent baby Jesus, are a staple of the carnival season. Anyone who finds one inside their slice of the sugary confection is saddled with buying the next king cake.