It's open! Officials have opened I-10 East in Henderson after an 18-wheeler caught fire earlier this morning. pic.twitter.com/HZKMcnjvw0

The incident was reported before 11 a.m. on the upslope of the Basin Bridge. Drivers were advised to use an alternate route. The scene was finally cleared just after 4 p.m. and open to traffic.

TRAFFIC ALERT: 18 wheeler fire CLOSES I-10 E in Henderson at the upslope of Basin Bridge. pic.twitter.com/K8MuoM8NPs 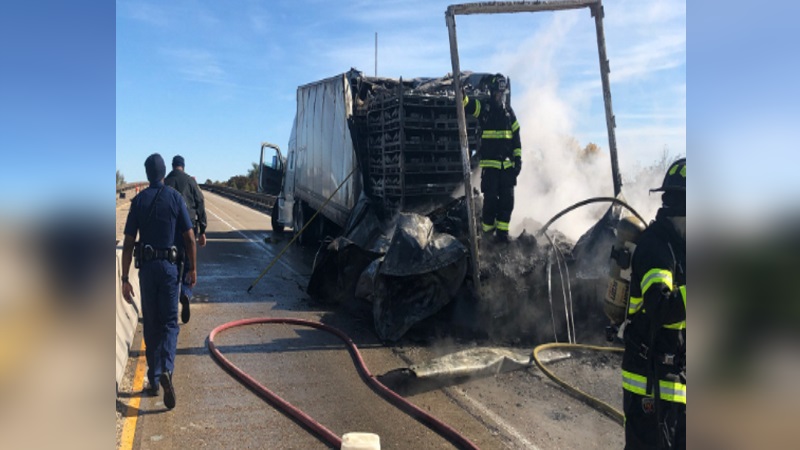 The photo above was posted by state police.