Update: The Pearland Police Department says they've located Amari Daniel Baylor safe with his biological father, and the Amber Alert has been cancelled.

PEARLAND, Texas - Texas authorities have issued an Amber Alert for a 6-year-old boy who was kidnapped from his mother's vehicle Thursday night.

Police say Amari Daniel Baylor was with his mother and two siblings at Pearland, Texas' Westside Event Center when the incident occurred. 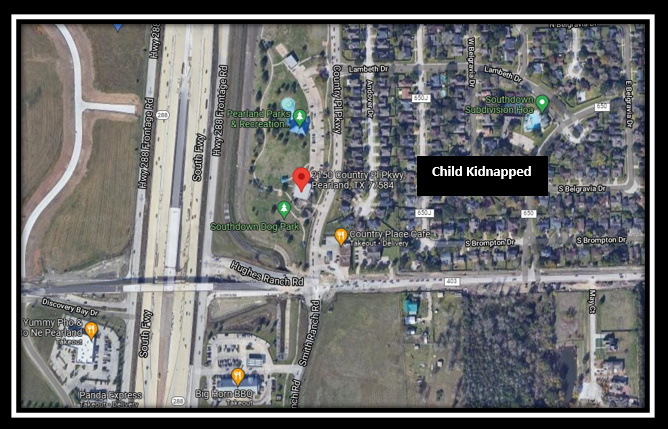 Around 7:50 p.m., Baylor's mother briefly got out of the car with her daughter and left the two other children in the vehicle.

At that point, authorities were told that a Black woman in her late 20s to early 30s with long, straight black hair, standing 5 feet, 9 inches tall, weighing about 180 pounds and wearing an orange shirt, was seen taking Baylor out of the vehicle through the driver side rear window.

Police say the suspected kidnapper left the scene with the child, driving away in a silver or gray SUV.

Baylor was wearing a white Adidas shirt, black Nike pants and all red tennis shoes. He does not have any known disabilities.

Anyone with information is urged to call the Pearland Police Department at 281-997-4100.