Rain has returned and will stay for a while. Downpours and even a strong thunderstorm or two will be possible on Thursday.

Next 24 Hours: Though there will be breaks, even in the cloud deck, scattered showers remain possible overnight. It will be rather muggy for the time of year with low temperatures in the mid 60s, held up by south winds of 10-15mph. A slow-moving cold front will push into the area on Thursday and deliver a bout of rain and thunderstorms. One or two thunderstorms could be strong from late morning to early afternoon. Since the front will not be moving quickly, heavy rain is also possible. About two inches is expected through the day. While major flooding is not a concern, some standing water and poor drainage issues could arise anywhere those amounts occur in just a few hours. Both commutes, especially the afternoon and evening, could be hampered by rain. The high temperatures will occur in the late morning, around 70 degrees, but winds will turn to the north behind the cold front pushing thermometers into the low 50s by dusk. 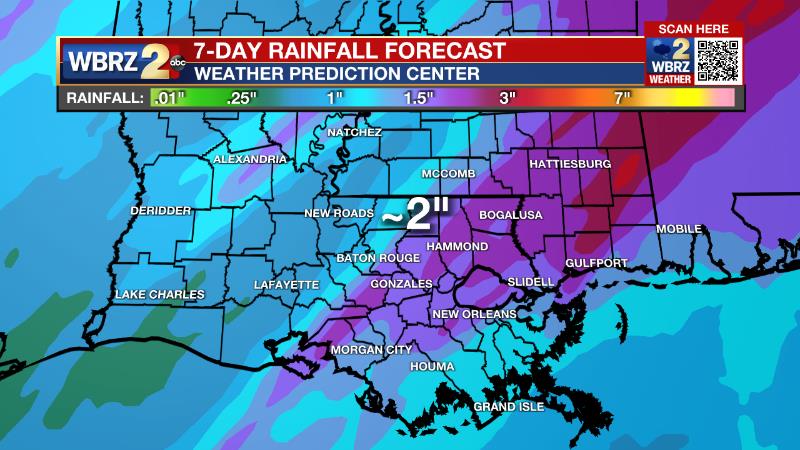 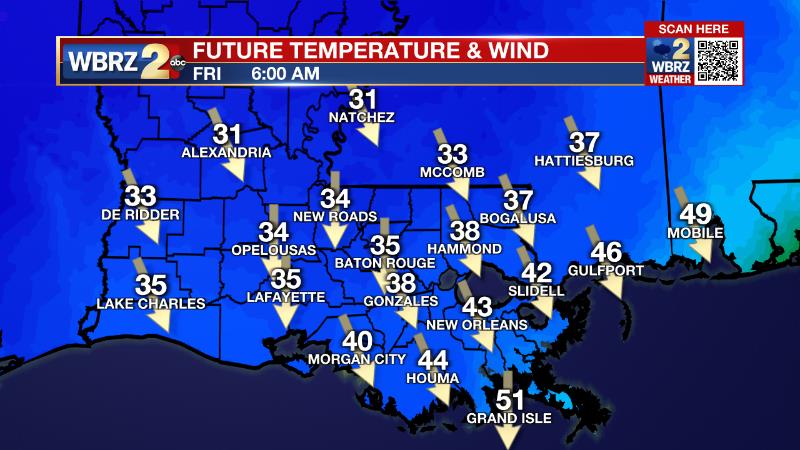 The Explanation: As a strong cold front presses in to the area on Thursday, rain and thunderstorms will easily develop thanks to moderate instability and dew point temperatures in the mid 60s. Since the cold front will be lined up from southwest to northeast, parallel to the upper level steering winds, it will drastically slow. This scenario will allow a brief window for strong thunderstorms directly ahead of the front, followed by steady and possibly heavy rain along and behind it. With regard to severe weather, ingredients remain in the “marginal” category per the Storm Prediction Center. While there will be plenty of moisture with dew points in the mid 60s, the instability and winds are a bit less favorable. The most favorable corridor of wind shear will be overhead in the morning but begin to push east as the greatest instability arrives during the afternoon. There may be a brief time from late morning to early afternoon where these feature coincide to cause one or two strong thunderstorms. The main threats would be gusty wind and an isolated tornado. The slow moving nature of the front might present a slightly higher threat for localized street and poor drainage flooding. Atmospheric moisture should be approaching record levels for the time of year. While that can be a signal for heavy rain, the National Weather Service notes that wintertime record moisture does not always lead to record rainfall. An event total of two to three inches could be a healthy soak for the area as long as it comes over the course of a day and not an hour or two. Much lower temperatures will settle in behind the boundary Thursday evening and several forecast models are portending a period of sleet before precipitation ends. While this cannot be ruled out as a possibility, temperatures are expected to stay well above freezing, precluding any impacts. Showers may linger into Friday as southwest winds aloft continue to roll over the slow moving cold front. If clouds fail to clear before nightfall, highs could stay in the low 40s. A surface high pressure system to the north will cause continued northeast winds and therefore cool temperatures over the weekend. Even with some sunshine, Saturday and Sunday will remain in the 50s. Previously, forecast models had taken an upper level disturbance across the local area on Sunday for a quick shot at showers. However, the newer guidance is suggesting that feature will mature east of the local area, which means a drier forecast.