Tomorrow: A few showers are possible in the morning, especially along the coastal parishes. By the afternoon, expect widespread showers and thunderstorms to develop. A few storms could be heavy at times. An all day wash out is not expected, just be prepared to dodge a storm or two. Highs will be in the low 90s.

Looking Ahead: Afternoon showers and thunderstorms will continue into early next week, as we stay in a very tropical air mass. Rain chances should subside by Tuesday due to high pressure building in the Gulf. Therefore, we'll keep a mostly dry forecast Tuesday through Thursday. By the end of next week, more tropical moisture will feed into the area, bringing back the chance for rain. 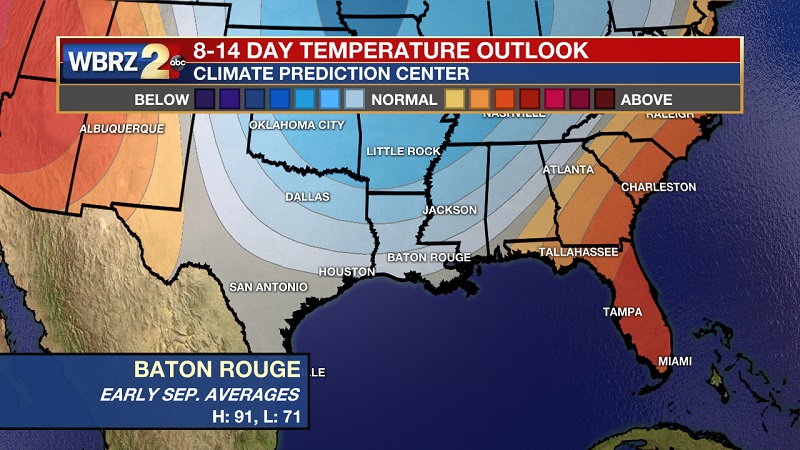 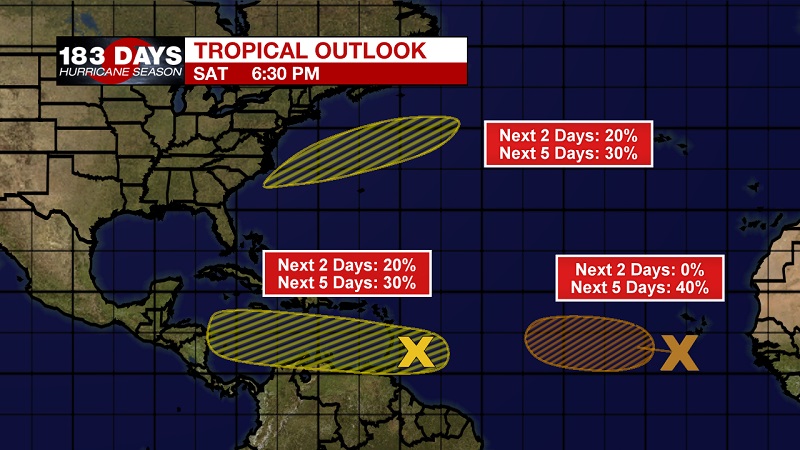 Tropical wave #1 is approaching the Windward Islands. Tropical wave #2 is located southwest of the Cabo Verde Islands, just off the African coast. Both are currently disorganized but have a chance of development over the next five days. No need to be focused on either one just yet, as neither pose an immediate threat to the Gulf Coast. Of course, we are nearing the peak of hurricane season in the next few weeks, so we will keep a close eye on any tropical waves in the Atlantic. There is also a chance for tropical development off the east coast, as an area of low pressure moves into the western Atlantic. Regardless of development, it will stay out to sea and not impact the mainland United States.