BATON ROUGE- Throughout the week, residents in Baton Rouge and surrounding areas dealt with hail, severe lightning and thunder, unceasing rain, and forecasts that promised more of the same.

Friday is already bringing a similar set of circumstances to the region.

Around 5:30 a.m., the early morning thunderstorm that Baton Rouge residents had been bracing for began.

Weather experts said this particular storm would likely be furious, but short-lived for the region. This proved to be the case as heavy rainfall lessened to mere sprinkles by 6 a.m.

But even after the claps of thunder subside, residents are still urged to use caution as the WBRZ viewing area remains under a Flash Flood Watch until Saturday.

WBRZ Meteorologist Marisa Nuzzo is tracking weather conditions and providing viewers with live updates on WBRZ Plus all morning long, from 5 a.m. until 9 a.m. 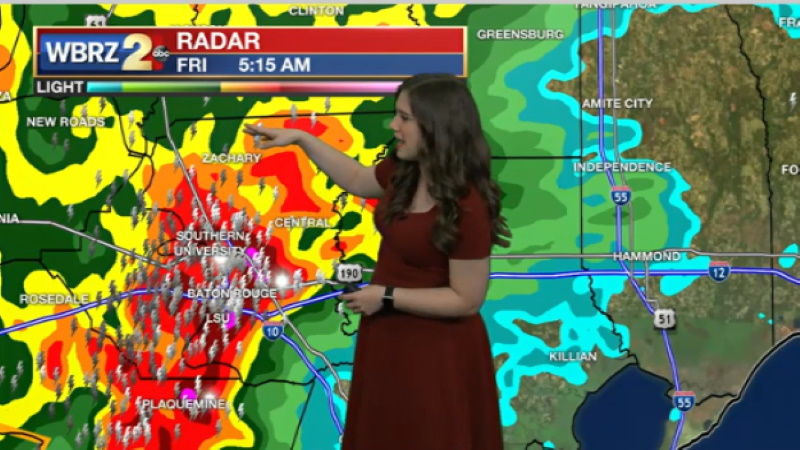 Throughout the remainder of the day, WBRZ’s Weather Team will keep an eye on the situation and report developments on Channel 2's daily newscasts and on WBRZ's social media platforms.