The weather story of the week will be unseasonably hot temperatures, including the potential for record highs. A meaningful drop on thermometers is not expected until at least early next week.

Some area data that stretch back to the 1800s have higher benchmarks for Wed, Thu and Fri -- particularly from a hot September of 1921. Thursday is the most likely day to set a new record. #LaWX pic.twitter.com/Mcu3W3PROG

Next 24 Hours: Any clouds will quickly diminish overnight with low temperatures sagging back into the low 70s. Tuesday will feature ample sunshine, which help high temperatures achieve the mid 90s with no problem. The 2007 record of 98 degrees appears to be safe.

Up Next: Wednesday and Thursday will be the hottest two days of the week and the entire forecast period. Beneath a dominant ridge of high pressure, sinking air will cause abundant sunshine and warmer than average temperatures that top out between 95 and 97 degrees. Since humidity will not be at July and August levels, feels-like temperatures should be around 100 degrees. A weakening front will come into the area Friday and do little more than drop dew points by a couple of degrees. It will remain warmer than average over the weekend with highs in the low 90s. By Monday, a more substantial cold front will come into the area with some chance for making it through with drier, more seasonable temperatures following. Coincidentally, that front is also the next reasonable chance for showers and thunderstorms. CLICK HERE for your detailed 7-Day Forecast. 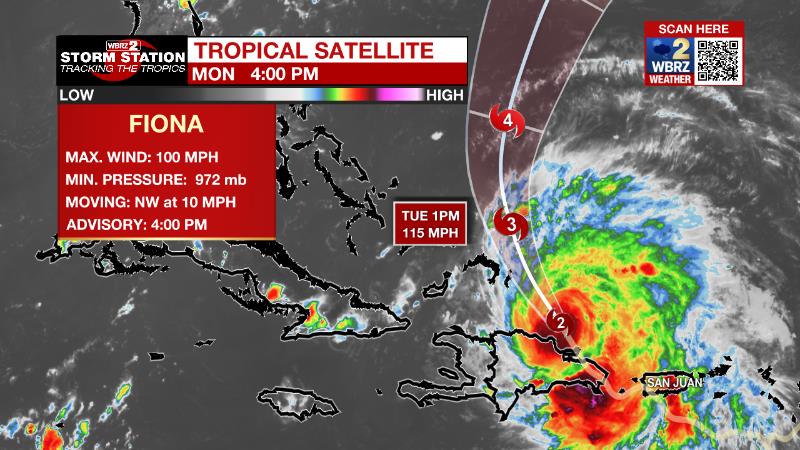 The Tropics: After producing catastrophic flooding across Puerto Rico, Hurricane Fiona will push northwest into the southwestern Atlantic Ocean and continue strengthening. As of 4pm Monday, maximum sustained winds were at 100 mph and Fiona is expected to become a major hurricane by Wednesday as it turns more due north at 10mph. Hurricane conditions will continue across portions of the Dominican Republic through Monday and then occur in Turks and Caicos on Tuesday. 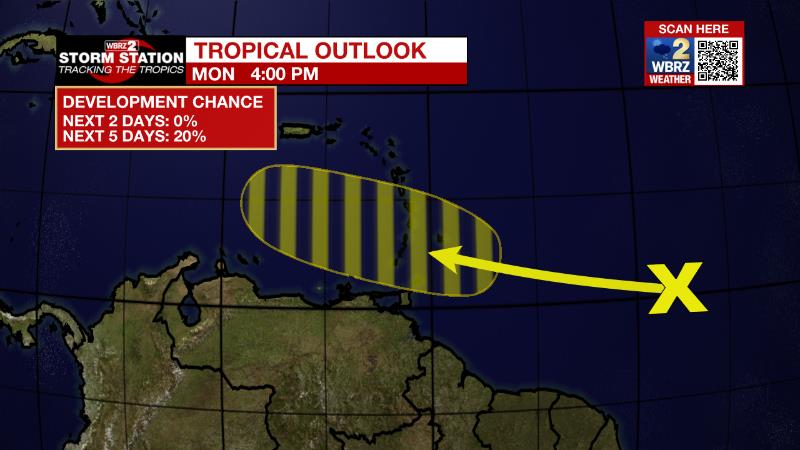 A tropical wave located several hundred miles east of the Windward Islands is producing an area of disorganized showers and thunderstorms. There is a twenty percent chance of gradual development of this system over the next several days while the system approaches the Windward Islands toward the end of the week and moves over the eastern Caribbean Sea over the weekend.