Scattered showers and storms stay locked in to the local forecast. In the tropics, Florence will be coming together in the eastern Atlantic, and some development is possible in the northeast Gulf late next week. Far out and with little detail available, the latter is just a scenario to monitor for now.

Today and Tonight: Nothing new to see here… after high temperatures in the low 90s, Friday will bring scattered showers and thunderstorms, mainly from late morning to late afternoon. Skies will partially clear overnight with lows in the low to mid 70s.

Up Next: A surge of tropical moisture may bring an uptick in rain coverage over the weekend. As thermometers approach 90 degrees, scattered to widespread showers and thunderstorms will develop. Torrential rain and frequent lightning can be expected with any storm. Keep in mind, if you will be enjoying the outdoors this weekend, head inside (four walls and a roof) if you can hear thunder. Nights will be quieter aside from coastal showers near daybreak with lows in the mid 70s. 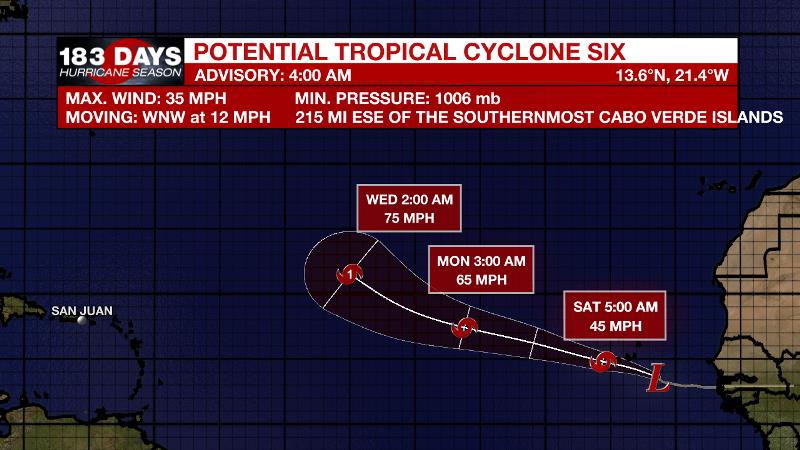 The Tropics: Disorganized showers and thunderstorms moving off the coast of Africa are associated with a strong tropical wave and broad area of low pressure. Potential tropical cyclone six will become a more well-defined low pressure system near the Cabo Verde Islands. The designation is because the yet undeveloped system is expected to bring tropical storm conditions to the islands. A depression or storm is likely to form by the weekend while moving west-northwestward at about 15 mph. Then the system is expected to continue into the central Atlantic, possibly becoming hurricane Florence, but poses no immediate threat to the United States. 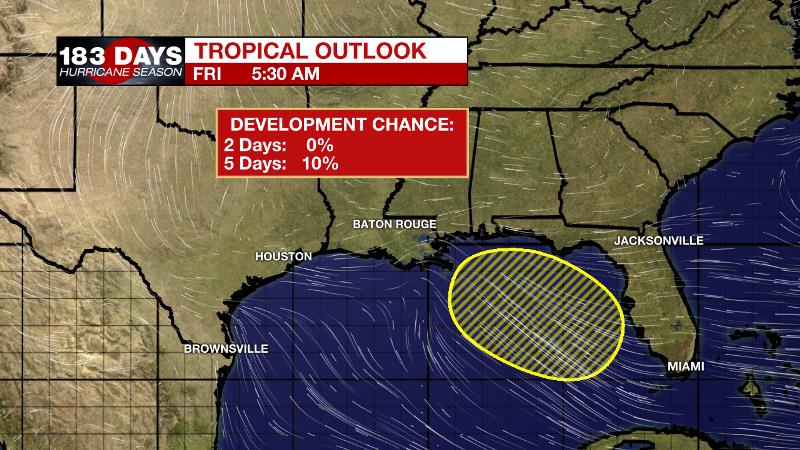 Much closer to home, a tropical wave zipping across the Caribbean Sea may help to develop a trough or weak area of low pressure at the surface near Florida after the weekend. The Weather Prediction Center is now including this system on their forecast maps. Computer models have shown a number of scenarios that indicate some development is possible with a system moving into the Gulf of Mexico during the middle of next week. That same area of high pressure that has kept the local weather so persistent, sticky and stormy of late will remain in place to steer any system generally west-northwestward through the Gulf. Keep in mind though, models perform poorly when no system has developed to track. Therefore confidence is low in any strength, timing, track or if a storm even develops in the first place. At this point, we just need to keep an eye on the forecast as even the weakest disturbance in the Gulf can bring a heavy rain threat. 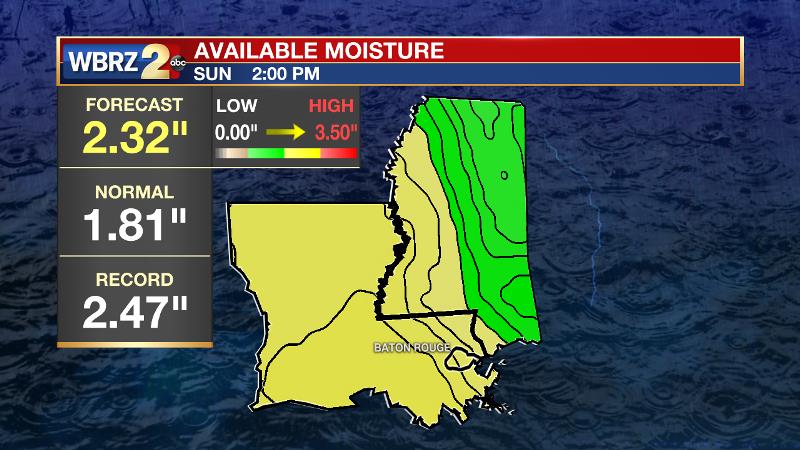