BATON ROUGE - Traffic headaches won't go away until a new Mississippi River bridge is built. But, like I-10 during even a minor accident, those plans are slow-moving.

"LA 1 is backed up, the bridge is backed up. The old bridge is starting to back up these days," West Baton Rouge Parish President Riley "Peewee" Berthelot said.

Back in December, the Capital Area Road and Bridge District took a step back while looking for possible sites for the new bridge. There were 17 locations considered, but that number worked its way back up to 20.

Lawmakers finally narrowed it down to 10 possibilities when the Capital Area Road and Bridge District met on Monday. That list includes seven possibilities in Iberville Parish and one in Ascension. That last two options would connect East Baton Rouge and West Baton Rouge.

All of the proposals lie south of the current bridges running along I-10 and U.S. 190. Both East Baton Rouge options would connect the parish to West Baton Rouge from around the Gardere area. In Iberville, four of the proposed spots lie southeast of Plaquemine, with three more connecting closer to White Castle. The sole location in Ascension would run from Geismar to LA 1. 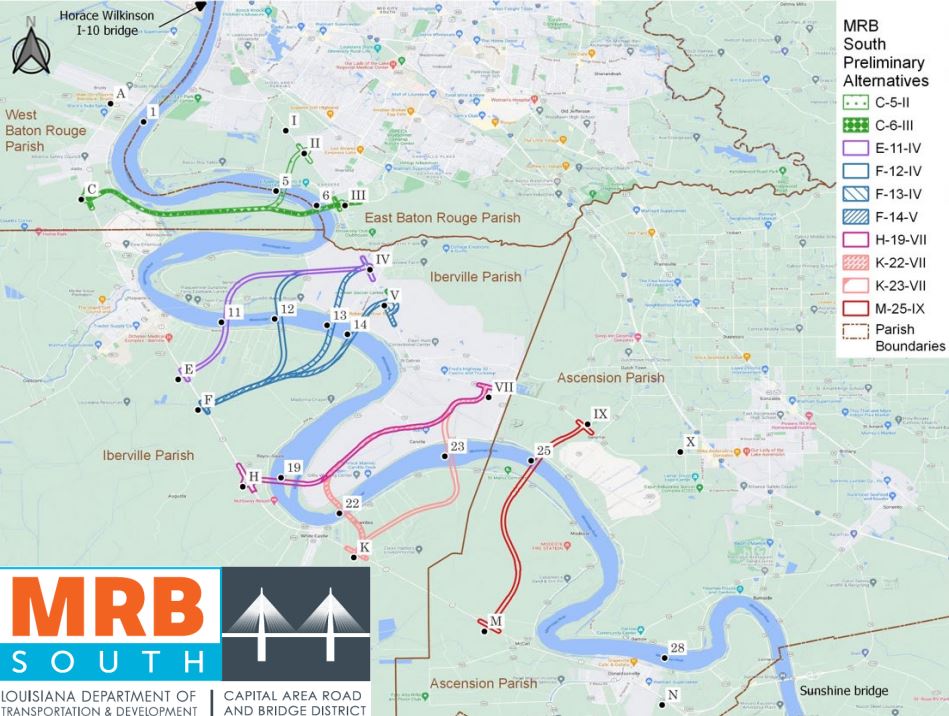 They hope to get the $500 million Governor John Bel Edwards set aside for a new bridge in his proposed budget.

"I think if you take it away, there's things that could get pushed down the road. I think we got a legitimate chance of getting this bridge done, or at least started, probably within say the next five years. Without this money, it's uncertain," Berthelot said.

It could still take up to a decade to start construction, and the price tag could grow with each new delay.

"If we wait any longer it could be a $3 billion bridge, and then it gets to be where it's almost out of reach," Berthelot said.

"I would hope that the lawmakers from within approve enough to see that this is a big, big project for our state here," Iberville Parish President Mitch Ourso said.