To honor the 41st president, the airline suspended operation at gate 41 Wednesday at George Bush Intercontinental Airport in Houston. The gate was closed on what President Donald Trump has declared a national day of mourning.

A photo at the airport shows a portrait of George H.W. Bush hoisted at the gate, accompanied by an American flag and a funeral wreath.

In a separate part of the airport, flowers were placed around statue of the late president. 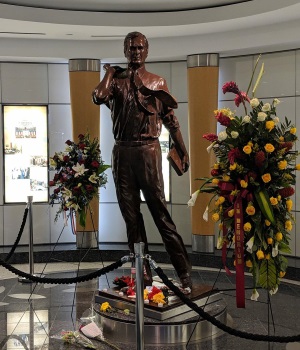