Tropical, Subtropical, or Extra-Tropical? That is the Question

#Ernesto is the 4th Atlantic named storm of 2018 to be classified as subtropical at some point during its lifetime (along with Alberto, Beryl and Debby). The record for most named storms with subtropical classifications in an Atlantic #hurricane season is 5 (1969). pic.twitter.com/5sINkFxACP 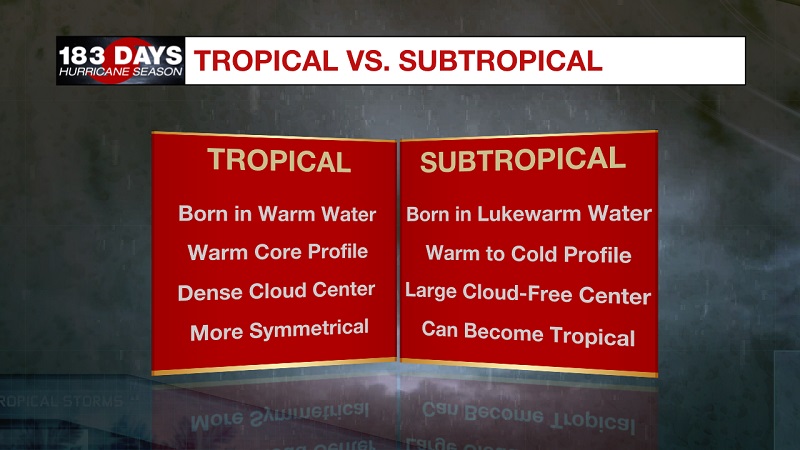 Graphic: Tropical and subtropical characteristics of an Atlantic storm. 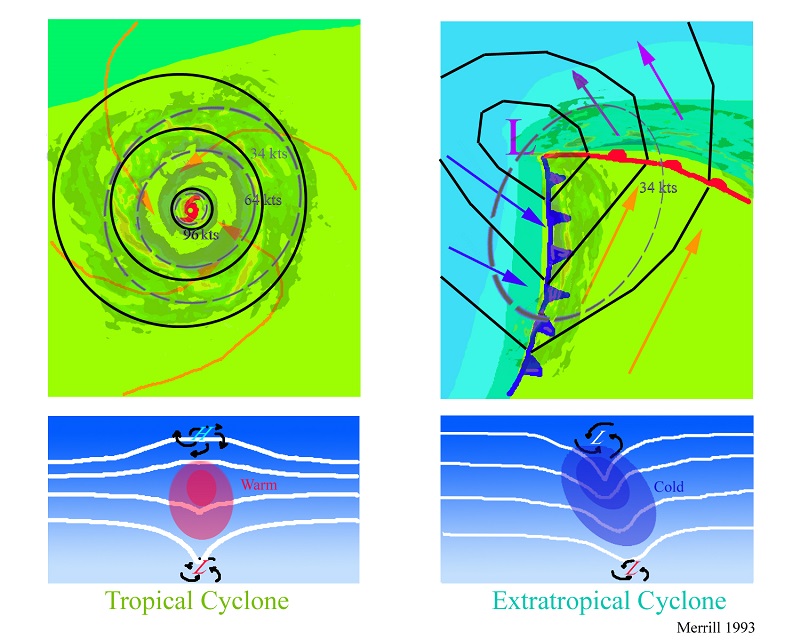 This year has been rather rare in the consistency of subtropical systems across the Atlantic. It has been estimated that 12% of all Atlantic named storms were subtropical at some portion of their existence, but so far in 2018 that number has been 80%. This is the result from cooler sea surface temperatures in the Atlantic Ocean, due to the significant Saharan dust ejecting off the coast of Africa over the past several months. The presence of this atmospheric dust has helped to block out a portion of the sun’s rays from reaching the sea surface, and coupled with increased upper level shear, has currently produced a below average hurricane season thus far in 2018. Conditions may be changing in the near future, as we near the peak of hurricane season – September 10th. 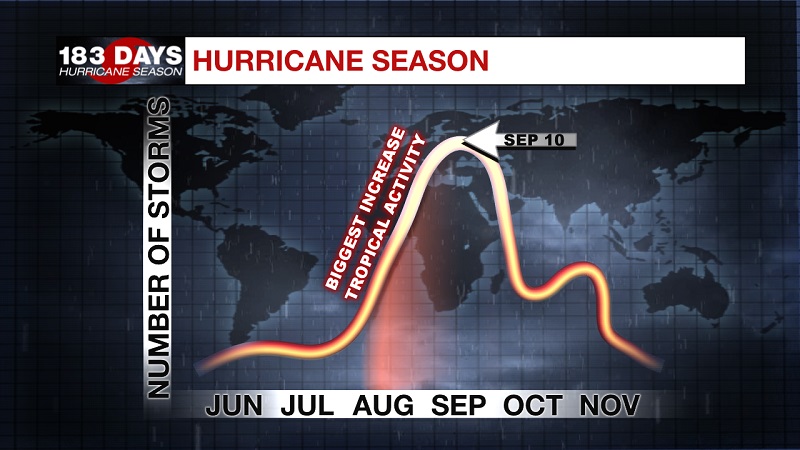