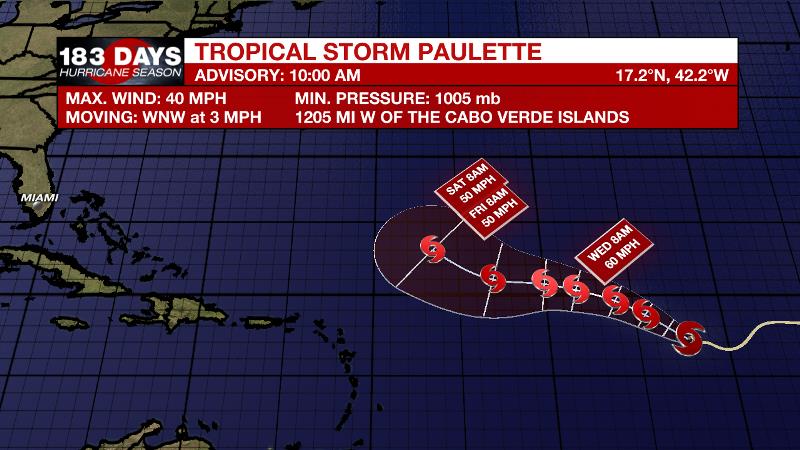 Tropical Storm Paulette and Tropical Depression Eighteen has formed in the eastern Atlantic.

Currently Tropical Storm Paulette has winds of 40mph and is on a west-north-westerly track situated about 1300 miles east of the Leeward Islands.  T.S. Paulette will continue on this WNW track and is expected to turn NW by Saturday and will not threaten the U.S. mainland 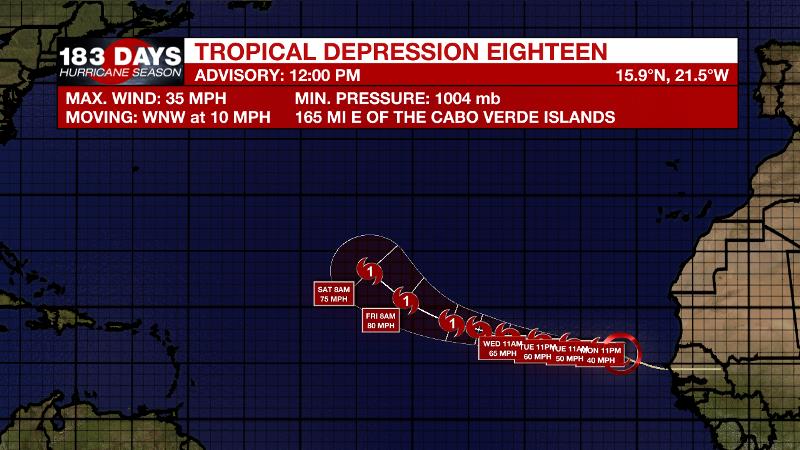 Tropical Depression Eighteen is currently located just off of the west coast of Africa and is moving WNW at 10 mph.  The storm is expected to make a northwest turn and continue on that track before dissipating in the cold waters of the north Atlantic.  The next time on the list is Rene, and would be the earliest "R" named storm on record, breaking the previous record set back in 2005.

We will certainly keep our eyes on this system, but as of now, there is no immediate threat to the Gulf Coast.