Traffic Update: Crash on I-10 EB at Dalrymple Dr/LSU cleared

BATON ROUGE - According to Total Traffic and Weather Network, a Tuesday (March 16) morning crash on I-10 EB at Dalrymple Dr/LSU/Exit 156B has been cleared from the roadway. 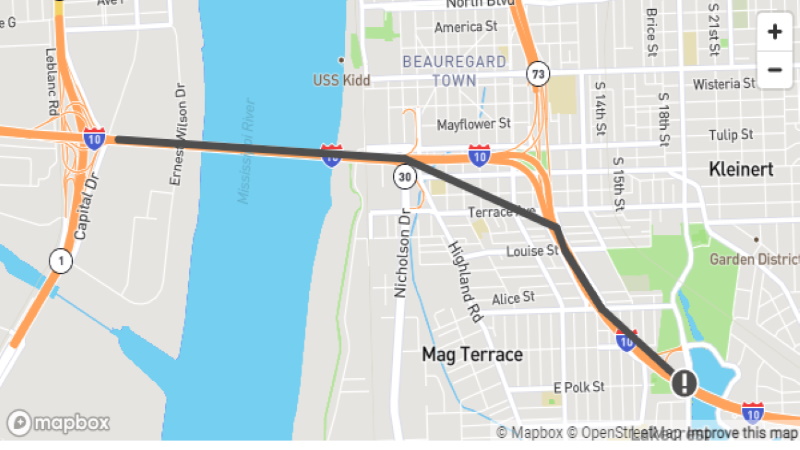 The wreck, which was initially reported shortly after 7 a.m., temporarily resulted in stopped traffic from LA-415/Lobdell/Exit 151, in addition to lane blockage.

The crash is now cleared and traffic is able to flow smoothly.