BATON ROUGE - A serial arsonist is behind bars again, authorities say, this time in relation to a fire at an Old South Baton Rouge home over the weekend.

Officials with the Baton Rouge Fire Department report that 52-year-old Eric Haugabrook was arrested Wednesday for intentionally setting fire to a vacant home in the 1900 block of Thomas Delpit on Sunday (September 26). 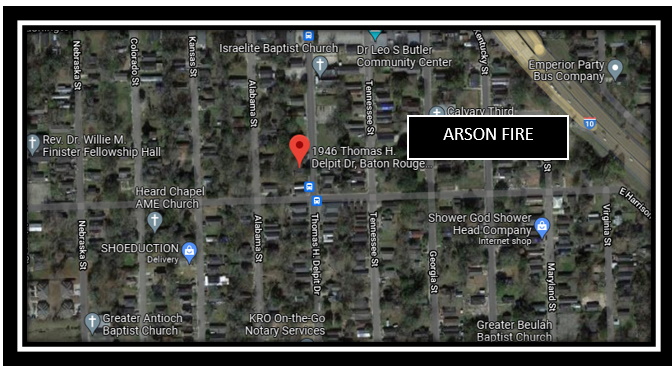 Haugabrook has a history of arson-related arrests; he was previously arrested in 1999 and again in 2009.

Records show Haugabrook was released from prison in August of 2019.