The National Weather Service in New Orleans has extended the FLOOD WARNING for Assumption Parish until at least Saturday afternoon. Emergency management officials continue to report flooding in areas near Belle River. Some locations that will experience flooding include Morgan City, Supreme, Labadieville and Pierre Part. 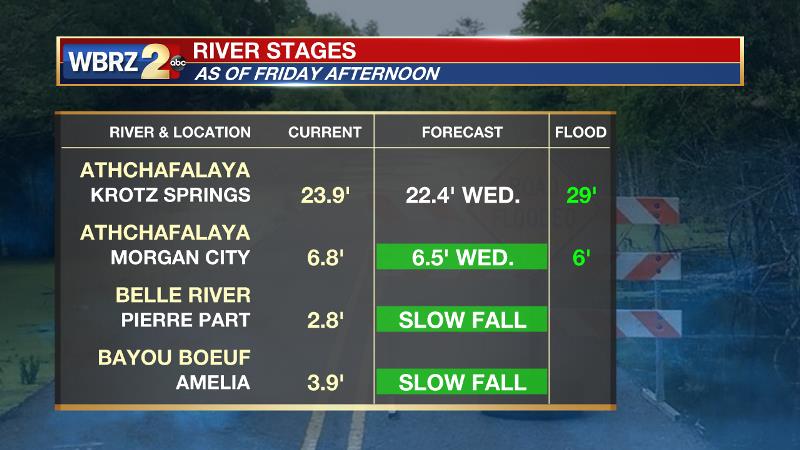 Flooding of the Atchafalaya River has created backwater issues and recent heavy rain has aggravated the situation. Some areas that drain into nearby rivers and bayous received over 8 inches of rain between May 28 and June 6. 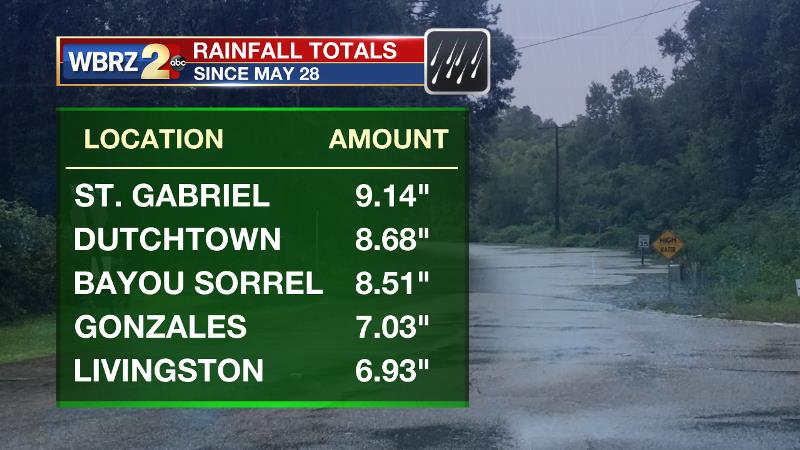 Belle River at Pierre Part is believed to have reached a record high level of 3.3 feet earlier this week. The Pierre Part Bay Bridge (LA-70) has been closed to boat traffic in an effort to avoid any electrical concerns. Several other roads are closed and a State of Emergency continues.

Many residents have asked about the status of the temporary flood control structure that in Bayou Chene. The Assumption Parish Police Jury and Office of Emergency Preparedness posted an explanation on Facebook.

Rain is now out of the forecast through Saturday. Therefore, rivers should begin to fall over the next week allowing backwater to slowly drain.