Arrest records confirmed Thursday that the pursuit started after an officer tried to stop Deon Grayer over his window tint. 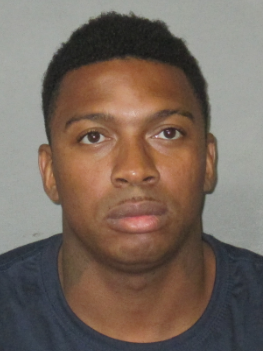 Documents say Grayer led officers on a lengthy chase around the "Dixie" area. Video shared with WBRZ shows the chase coming down the N Acadian Thruway Wednesday evening. At one point, police say Grayer turned onto N 38th Street and drove in the wrong direction.

Police say Grayer also admitted to tossing marijuana and a scale out of his car window during the chase.

Grayer eventually came to a stop in a driveway on Longfellow Street, at which point he was taken into police custody.

He was arrested and booked on charges of possession of marijuana with intent to distribute, aggravated flight and driving with a suspended license.