SMITH COUNTY, Mississippi - A school official in Mississippi confirmed that a teenager passed away over the weekend, only one day after testing positive for COVID, CNN reports.

The news outlet says she was an outstanding eighth-grader at Raleigh High School, where she was an honor student and member of the high school band.

According to officials, the 13-year-old wasn't feeling well last Thursday and her mother kept her home.

She tested positive Friday and was taken to a hospital.

According to Smith County Schools Superintendent Nick Hillman, she died early Saturday while being airlifted to a Jackson-area hospital.

The school district began requiring masks four days after the start of school, which was August 6.

This was in accord with direction from the state's governor, Tate Reeves, who said decisions regarding mask policies have been left up to individual school districts.

CNN notes that by Tuesday, the school district reported 104 cases of COVID-19 among student and staff members, and 659 people are quarantining.

According to the National Center for Education Statistics, the school system has about 2,600 students. 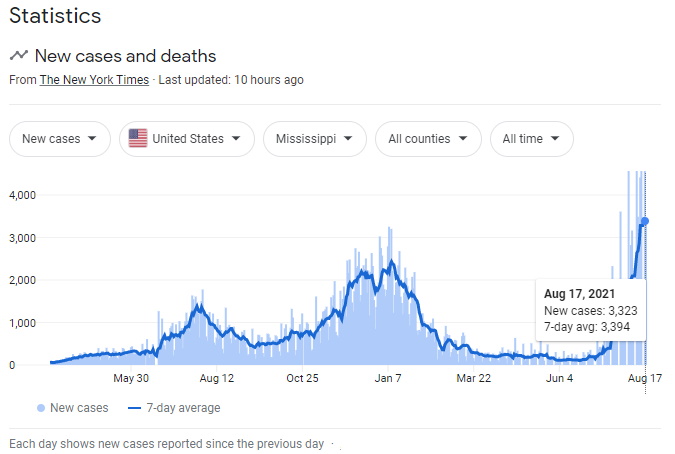