It comes more than four years after WBRZ's Chief Investigator Chris Nakamoto was arrested after he exposed questionable spending by former Mayor Jermarr Williams. The arrest was captured by Investigative Photojournalist Joe McCoy as the team was working on a story about how Williams managed to give himself a pay raise without following proper procedures. 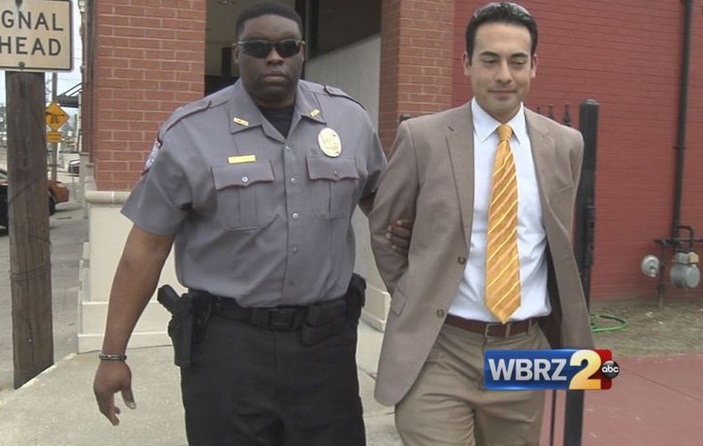 Three weeks ago, state investigators paid a visit to town hall and took records away, according to town attorney Shannon Battiste.

"The Attorney General's Office came to the town and took records from 2018 and 2019, but the records you are requesting we cannot furnish them," White Castle Town Attorney Shannon Battiste said. "They are not in the possession of the Town of White Castle."

The WBRZ Investigative Unit submitted a public records request for all credit card purchases made by Jermarr Williams for the last three months that he was in office in 2018. An audit released this year states out of the 56 charges that were sampled, the Town could not provide documentation for 56 of those charges. Some of the charges were made at Amazon and iTunes.

Battiste said, "these records are currently in the custody and control of The Attorney General for the State of Louisiana."

He added because the matter is under investigation, Louisiana law does not allow records that are subject to a criminal investigation to be disseminated to the public.

"It was a criminal investigator that came from the Attorney General's Office and got the records," Battiste said.

Although he was limited in what he could say, Battiste did acknowledge that the inquiry does not involve the current administration and auditors instructed the Mayor to turn it over to prosecutors which he did.

"Whatever auditors looked at, it was concerning enough for them to say this needs some type of attention," Battiste said.

A spokesman for the Attorney General's Office said, "It's our policy not to comment on ongoing investigations. We'll give a statement at the appropriate time."

District Attorney Tony Clayton said his office is also investigating and said he intends to take this case to a grand jury sometime next year.