BATON ROUGE – A semi dangled over the side of the interstate at the I-10 overpass near Acadian, bringing traffic to a near halt Friday evening.

The cab of the truck appeared to have driven over the railing on I-10 West.

After an hours long closure, and brief reopenings of various lanes, I-10 West fully reopened just before 10:30 p.m., according to the DOTD.

Officers said a Ford F-350 was traveling in the center lane of I-10 West when a tire blew out and struck the 18-wheeler in the inside lane. The driver has been cited for failure to maintain control.

No one was injured, according to BRPD. 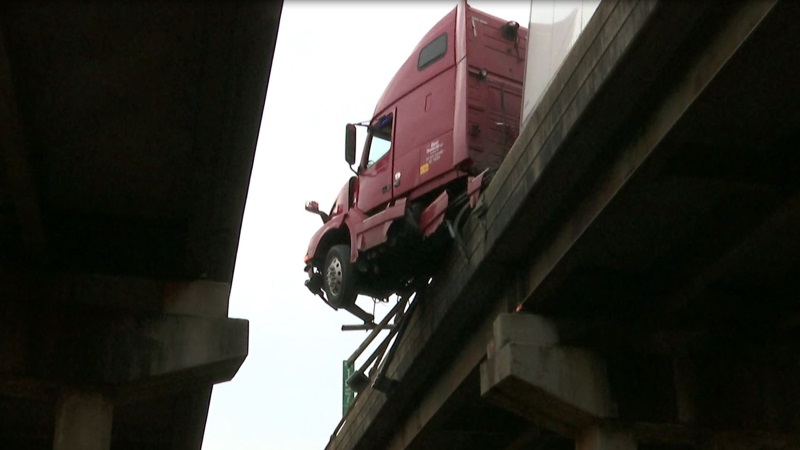