Earth, it is our one and only home. It is the only place in the known universe that is able to sustain life. There are so many aspects of our planet that allows us to survive and thrive, and on this Earth Day we are going to visit each of these to fully appreciate our home planet.

“The most impressive attribute of the Earth is the existence and amount of liquid water on its surface”, says Geoffrey Marcy, an astronomer at the University of California at Berkeley. Water is so vital to life and our survival, but we are still unsure of how it got here. We all know the water cycle: evaporation, condensation, and precipitation, but this cycle is a closed system. This means that we do not receive or lose any water amounts from this cycle, meaning the water you drink today may be the very same molecules that made up a glass of water for George Washington or even Julius Caesar. If the Earth is not gaining or losing water, then how is it here? Water molecules had to arrive on the planet’s surface further along in Earth’s life. A developing Earth would have high ambient temperatures and no enveloping atmosphere, implying that any surface water would have evaporated and drifted back into space. This is why current research is leaning toward asteroids and comets being the carrier of this precious liquid, with more consensus being with the former. 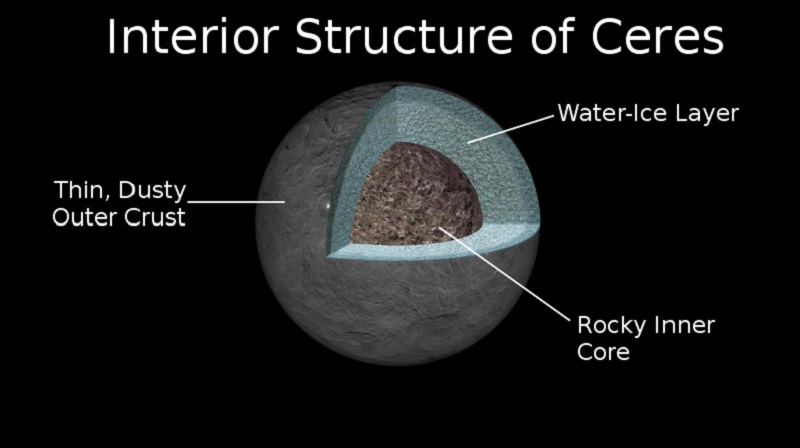 Image: A cross-section of Ceres, the largest asteroid in the asteroid belt between the orbits of Mars and Jupiter.

Water is the main criteria we use to determine if life is possible on other planets, because it is an excellent solvent. In fact, water is deemed the “universal solvent”, since it dissolves more substances than any other liquid. “First, you’d need some kind of liquid, any place where molecules can go react,” states Sara Seager, an MIT planetary scientist. “In such a soup, the ingredients for life as we know it, such as DNA and proteins, can swim around and interact with each other to carry out the reactions needed for life to happen.” Water also floats when frozen, meaning that ice can insulate the underlying fluid from further freezing – a very rare trait of a liquid. If water sunk instead of floated, this would allow another layer of water to freeze and sink as well, effectively freezing all water. This would be devastating to marine life, making the chemical reactions behind life impossible.

Plate tectonics are another key to life on Earth. Water and plate tectonics are closely linked. Plate tectonics enable water to exist by way of regulating its temperature, but many in the scientific community argue that water enables plate tectonics to occur. “Water is what lubricates plate tectonics, which is what leads to the extreme difference between continents and seafloors, the large amount of earthquakes and volcanoes, fresh mountain-building,” states Caltech’s Mike Brown. “Venus has no water, no plate tectonics, no deep sea floor, no steep mountains, and no continents. A much less geologically interesting place!” Plate tectonics describes a planet whose outer shell is broken up into plates that constantly move around, which is key in recycling the molecules that life needs. For instance, carbon monoxide traps heat from the sun to keep the Earth warm. This gas usually gets bound up in rocks over time, meaning that the planet would eventually freeze due to the lack of this warmth. Plate tectonics help to ensure that the rock gets dragged down into the Earth’s mantle to melt, and this molten rock eventually releases this carbon dioxide back into the atmosphere through volcanoes. 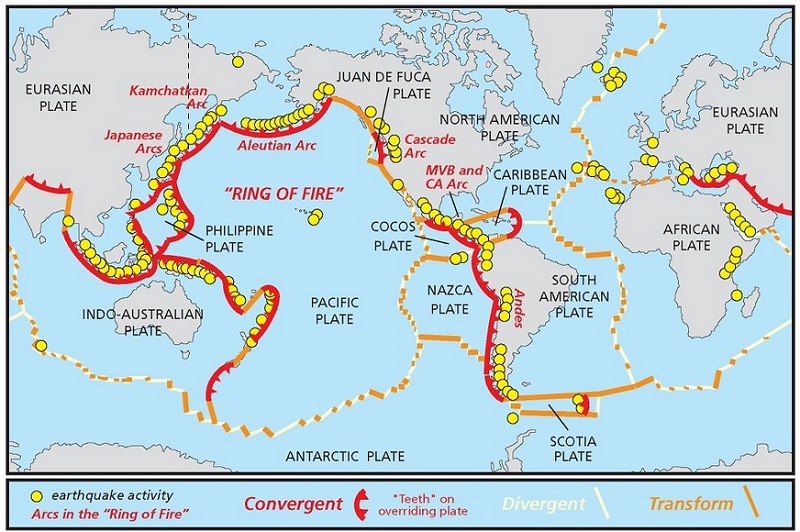 Our closest celestial friend, the moon, also has a very important role in keeping life safe and sustaining on our planet. The moon stabilizes our planet’s rotation, helping to prevent drastic movements of the poles that could cause catastrophic changes in climate. It also helps to control the ocean’s tides, which scientists suggest may have been the perfect place for early life to begin evolving to survive on land. The moon acts as a shield to not only protect the Earth from incoming comets or asteroids, but also can alter the path of an incoming rock by pulling it away from our planet via the moon’s gravity.

These are just a snippet of the natural processes that occur on Earth constantly to ensure life is not only sustaining, but thriving! Take a moment today to appreciate this incredibly unique rock we all call home, and on this Earth Day, try to do something for our planet. Whether it is pledging to recycle more, pick up trash you see on your walk, or join, help, and contribute to a local conservation group. Several are listed here:

Just remember to do your part to ensure future generations can still appreciate the grandeur of our planet. This is the only Earth we have, and we must do what we can to preserve it.