NEW YORK - A woman who says she was a victim of Jeffrey Epstein's sex trafficking ring when she was a teenager has filed a lawsuit against the British royal family's Prince Andrew, saying Epstein forced her to perform sexual acts with the Duke of York.

According to BBC News, the woman who says she was abused by Epstein and Prince Andrew is Virginia Roberts Giuffre.

Giuffre, a 38-year-old advocate of justice for sex trafficking victims and mother of three from California, filed a civil case in New York Monday.

In her lawsuit, Giuffre says Epstein and one of his associates, a wealthy British socialite named Ghislaine Maxwell, encouraged the Prince to molest her when she was underage on more than one occasion while they were in London, Manhattan, and on Epstein's private island in the US Virgin Islands.

Giuffre explains she was afraid of what would happen if she didn't comply with the three adults.

In court documents, the Sacramento native adds that Prince Andrew, who is Queen Elizabeth II's third child, knew she was only 17 years of age when the encounters occurred.

The lawsuit states: "Prince Andrew committed sexual assault and battery upon Plaintiff when she was 17 years old. As such, Prince Andrew is responsible for battery and intentional infliction of emotional distress pursuant to New York common law. The damage to Plaintiff has been severe and lasting."

Buckingham Palace has denied Giuffre's claims, saying: "It is emphatically denied that The Duke of York had any form of sexual contact or relationship with Virginia Roberts. Any claim to the contrary is false and without foundation."

In a November 2019 BBC interview, Prince Andrew said he'd never met Giuffre and said though he associated with Epstein, he never partied with him as he was a happily married man.

But CNN notes the existence of a photograph appearing to show Prince Andrew with Jeffrey Epstein's accuser Virginia Roberts Giuffre in the background, Ghislaine Maxwell. 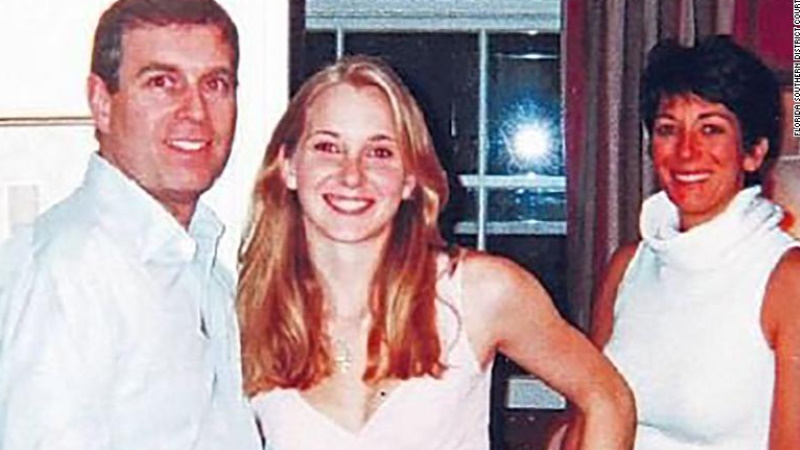 Prince Andrew has insinuated the photo may have been doctored.

A BBC News interview with Prince Andrew regarding the allegations against him is available to view in the video player below.

Giuffre is seeking damages "in an amount to be determined at trial," in addition to attorneys' fees and other further relief "as the Court may deem just and proper," according to the lawsuit.

He committed suicide in a Manhattan federal detention center the next month.

Maxwell was also charged in 2020 for her alleged role in the sex trafficking ring. She has pleaded not guilty to all charges.