Today and Tonight:  Cloudy and wet, as spotty morning showers lead to more scattered storms through the late morning and afternoon. Temperatures should be breaking into the 80s by 9 AM, on our way to a high temperature of 87° through the afternoon with easterly winds between 5 and 10 mph. Showers will taper off after 7 PM, but there will still be possible areas of drizzle through the overnight hours as temperatures reach a low of 74°. 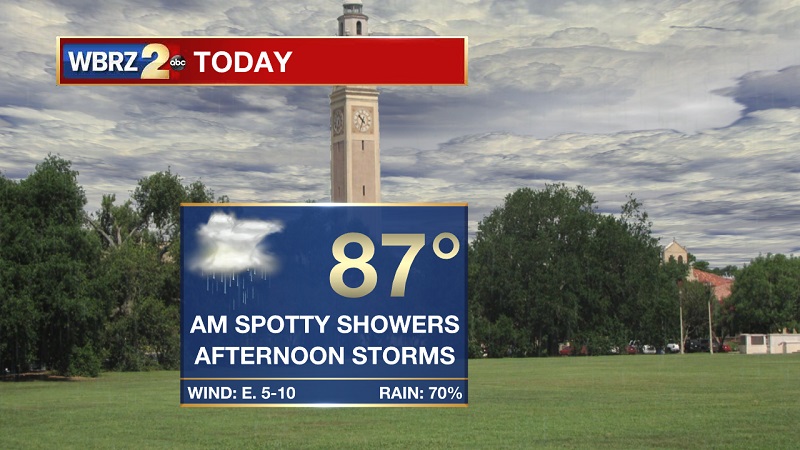 Tropical Storm Gordon forms near the upper Florida Keys. Surface observations from the Keys and radar data indicate that sustained winds have reached tropical storm status at 45 mph. Gordon is currently located about 10 miles west of Key Largo, Florida and 30 miles east of Cape Sable, Florida. Sustained winds of 45 mph are associated with this storm, as it is moving toward the west-northwest at 16 mph. Current tropical storm warnings are in affect from the border of Florida and Alabama through to just east of St. Mary Parish. A Flash Flood Watch is also in affect from Tuesday to Thursday across our area. 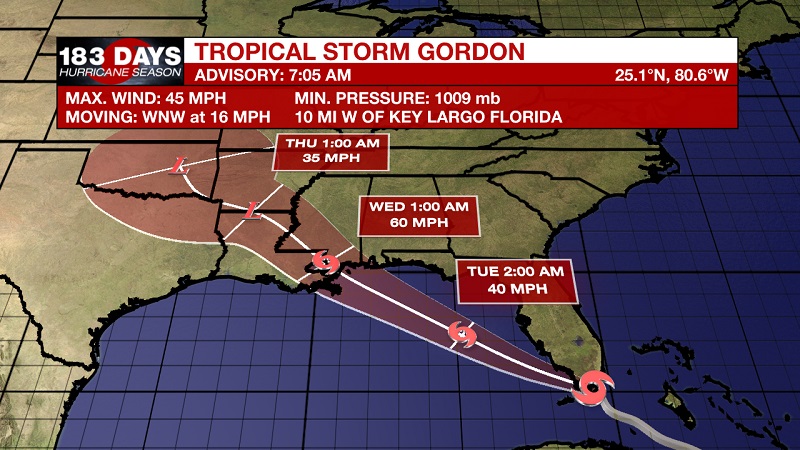 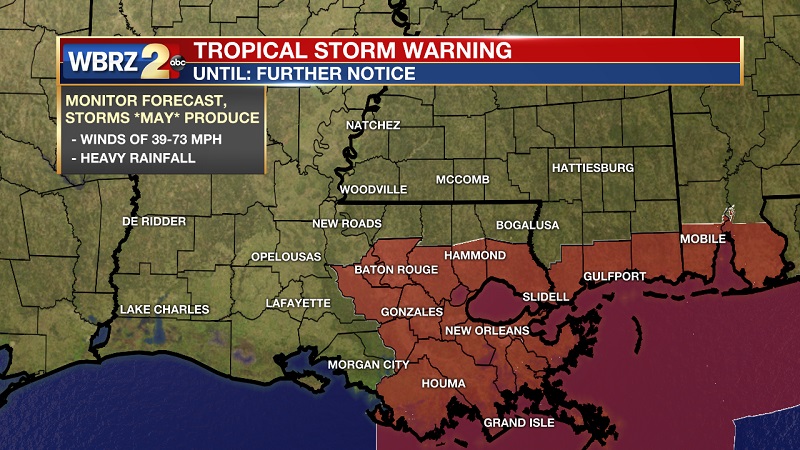 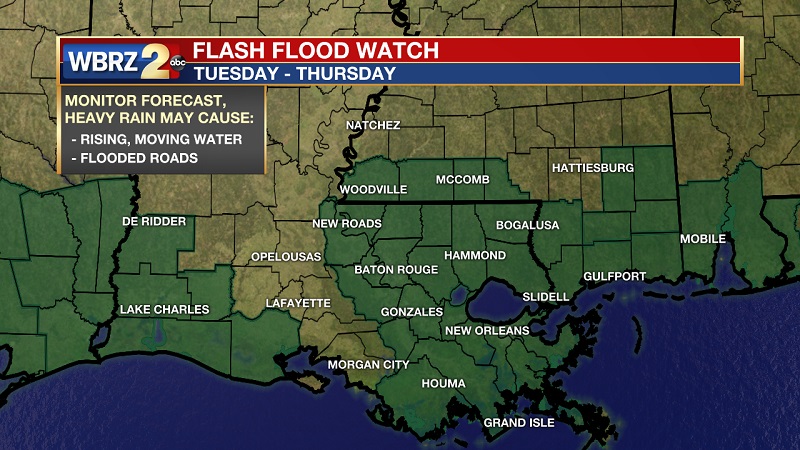 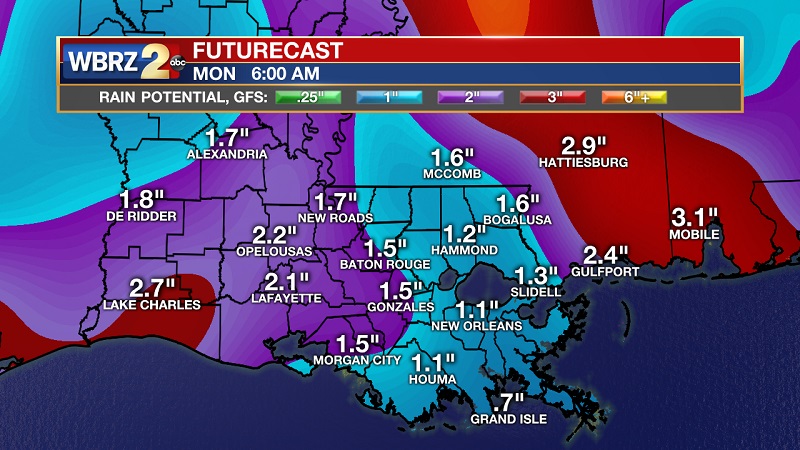 Tropical Storm Florence is continuing to spin in the Eastern Atlantic, about 895 miles west-northwest of the Cabo Verde Islands. Sustained winds are at 60 mph, and is moving WNW at 16 mph. General motion through Tuesday should continue toward the WNW, with little change in strength forecast during the next few days. 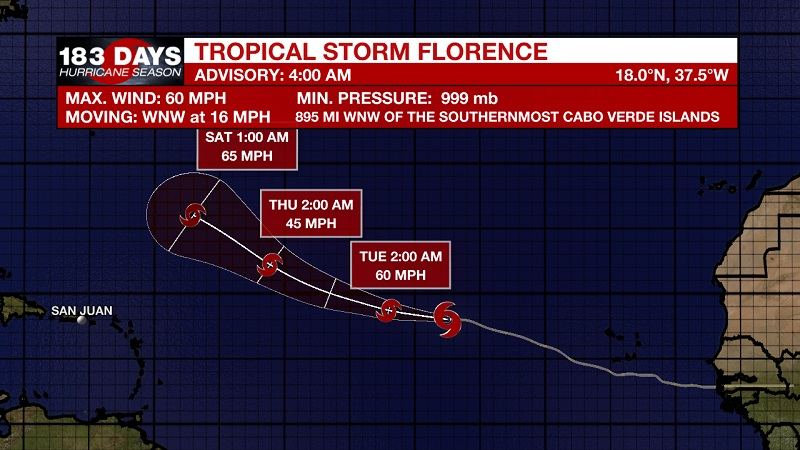 The low pressure center that has retreated into Texas toward the southwest, is bouncing back into our area for Labor Day. This will increase shower and storm activity today, continuing to move moisture onshore from the southeast. These storms will peak through the afternoon, as temperatures break into the mid-80s. This low will begin to degrade through the night tonight, and push back toward the southwest which will open the door to a potential tropical system. The National Hurricane Center is suggesting rapid intensification as the wave moves into the Gulf Monday night. Models are not necessarily in agreement, actually backing off in intensity a bit. The GFS model has kept the low open, and not forecasting the development of a storm. The EURO model has kept the low closed, but has increased the pressure slightly over the last several runs. Rainfall models are also decreasing a bit from last night, so it is likely that the National Hurricane Center will dilute the rapid intensity with its next advisory unless the hurricane hunters gain differing information. Stay Tuned.