Reports of the potential opening of the Morganza Spillway have surfaced, but what could this mean for areas near the Mississippi and Atchafalaya Rivers? We break down the history, and effects surrounding this rare precaution.

Water flow in south, central #Louisiana is a complicated process. Here are some of the key factors in that go into the 125 floodgate #MorganzaSpillway and the 20 mile long, 5 mile wide #MorganzaFloodway. MORE HERE: https://t.co/xGwgzb1xXB pic.twitter.com/Y0uBqkCnIk

The Morganza Spillway is a 4,159-foot controlled spillway using a set of floodgates to control the volume of water entering the Morganza Floodway from the Mississippi River. 125 gated openings allow up to 600,000 cubic feet per second of water to be diverted from the Mississippi River into the Atchafalaya Basin during major floods. Construction of the structure was completed in 1954. The United States Army Corps of Engineers (USACE) has two 25-ton cranes used to lift and lower the floodgates. The cranes roll on special tracks next to the roadway, enabling the operators to open or shut any spillway gate or preform maintenance while the roadway is in use.

Normally dry on both sides, the USACE considers opening the structure when the flow at Red River Landing exceeds 1.5 million cubic feet per second (cfs) with signs of rising water. Normally, water from the Mississippi is diverted into the Atchafalaya Basin at only one place, the Old River Control Structure (ORCS), which has been in use since 1963. There, floodgates are routinely used to redirect flow into the Atchafalaya River, so that volume of the two rivers is split 70%/30%. The 1973 flood prompted opening of the Morganza Spillway for the first time and led to the construction of the Old River Control Auxiliary Structure (ORCAS) to alleviate pressure on ORCS. This entire system is an effort to prevent the Mississippi River from permanently diverting course down the Atchafalaya River, flooding out towns southward to Morgan City, and bypassing Baton Rouge and New Orleans. The Morganza Spillway was also opened only one other time in 2011 for 55 days, just one day less than in 1973. 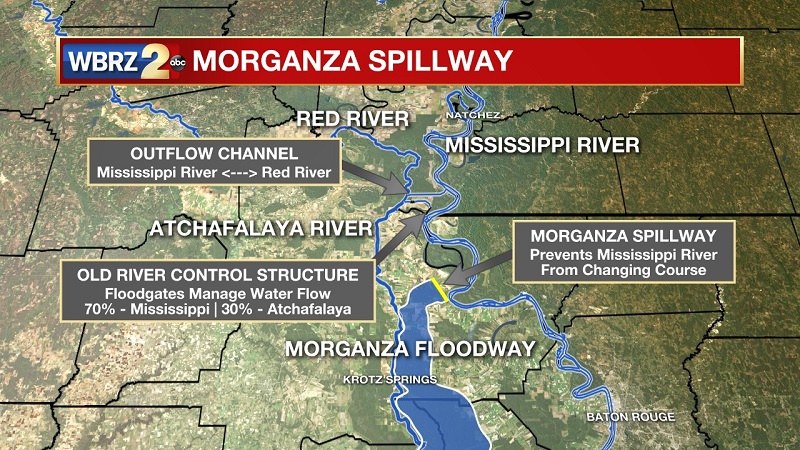 Water that passes the Morganza Spillway first enters the Morganza Floodway, which extends from the spillway at the Mississippi River south to the East Atchafalaya River levee. The floodway, 20 miles long and 5 miles wide, has two guide levees. From there, diverted water enters the Atchafalaya River Basin Floodway near Krotz Springs, Louisiana, and continues to the Gulf of Mexico.

Reports from Emergency Managers along the Atchafalaya have hinted at the opening of the Morganza Spillway occurring on June 2nd, but currently the Army Corps of Engineers have yet to provide any information to the public. We are currently more than a week out form the potential June 2nd date, but the main concern is providing ample warning to landowners and farmers. The reason for the delay, is to accurately forecast the level and flow from the immense flooding that is occurring upriver in Arkansas and Missouri.

Here are some of the current river levels for the Mississippi and Atchafalaya Rivers as of May 23rd: 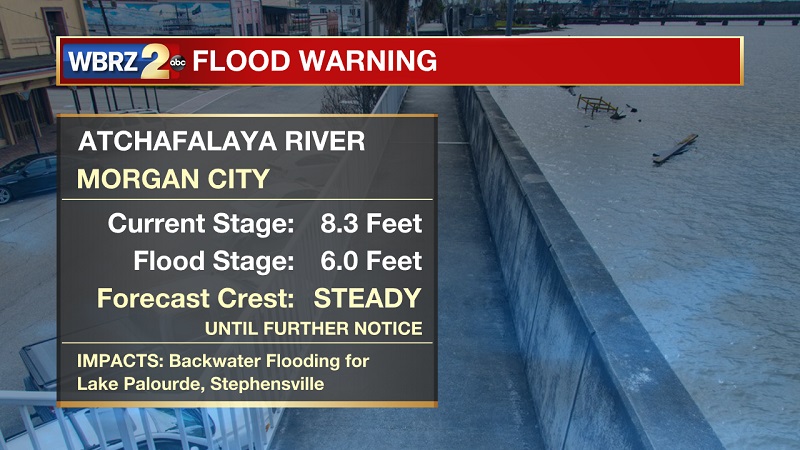 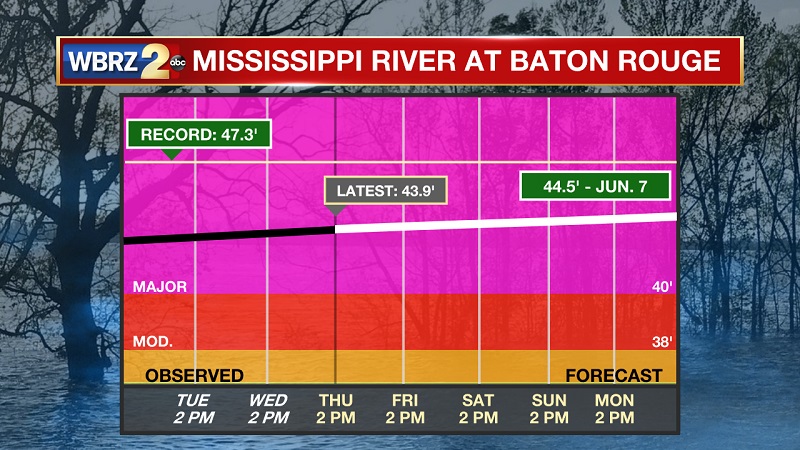 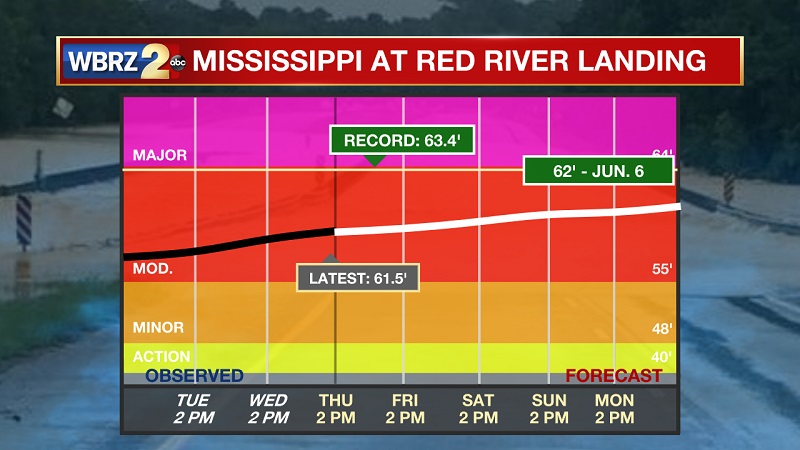 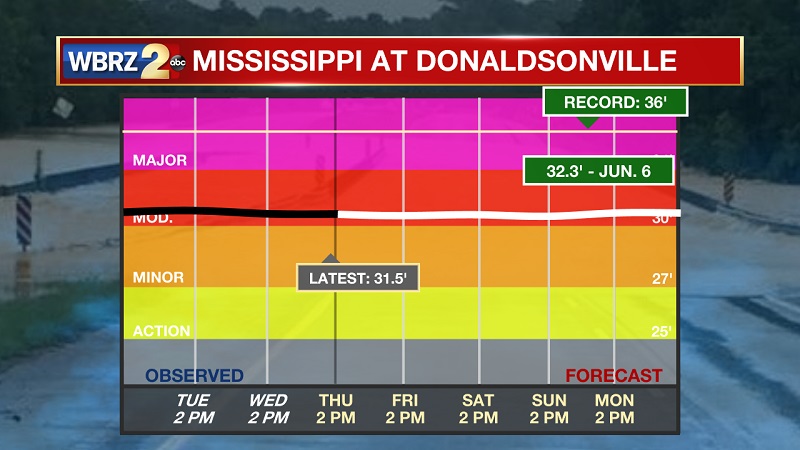 You can check current levels HERE