Lawmakers disgruntled, thought about blocking EBR stormwater fee before it got derailed

BATON ROUGE - Some Louisiana lawmakers were caught off guard when Mayor-President Sharon Weston Broome moved to impose a new stormwater drainage fee on Baton Rouge property owners -- concern that is expressed in a series of text messages obtained by the WBRZ Investigative Unit.

Those records offer new insight into what went on behind-the-scenes in the weeks leading to the demise of the proposal.

While Broome insisted the fee was necessary -- and defended the process behind the plan -- the messages spotlight skepticism outside City Hall.

Councilmember Dwight Hudson relayed such concern in a message to another member of the council, writing: "I spoke with (State Representative) Rick Edmonds, who chairs House Municipal committee. He says it was never their intent to allow it on a tax bill without a vote and that he would oppose that change if someone brought it."

Hudson told colleagues that other lawmakers shared that view, noting that the fee structure was "throwing off the whole financial model of the plan."

Hudson had assumed a de-facto leadership position among council members on the stormwater fee matter.

Among the problems that have been detailed by WBRZ: The false claim that federal officials required a non-disclosure agreement, which prevented transparency as the proposal moved toward possible implementation.

Councilmember Jen Racca sent Hudson a screenshot of U.S. Rep. Garret Graves asserting in a tweet that there was no such federal edict -- her text reading, "We have been lied to. Can you explain this?"

Hudson responded: "No, but they (sic) Mayor and Parish attorneys (sic) office had sure better."

The messages obtained on Wednesday by WBRZ also show an overwhelming response from the public. Council members' in-boxes were flooded with emails, prompting an exchange in which Hudson asks for more space to handle the influx. 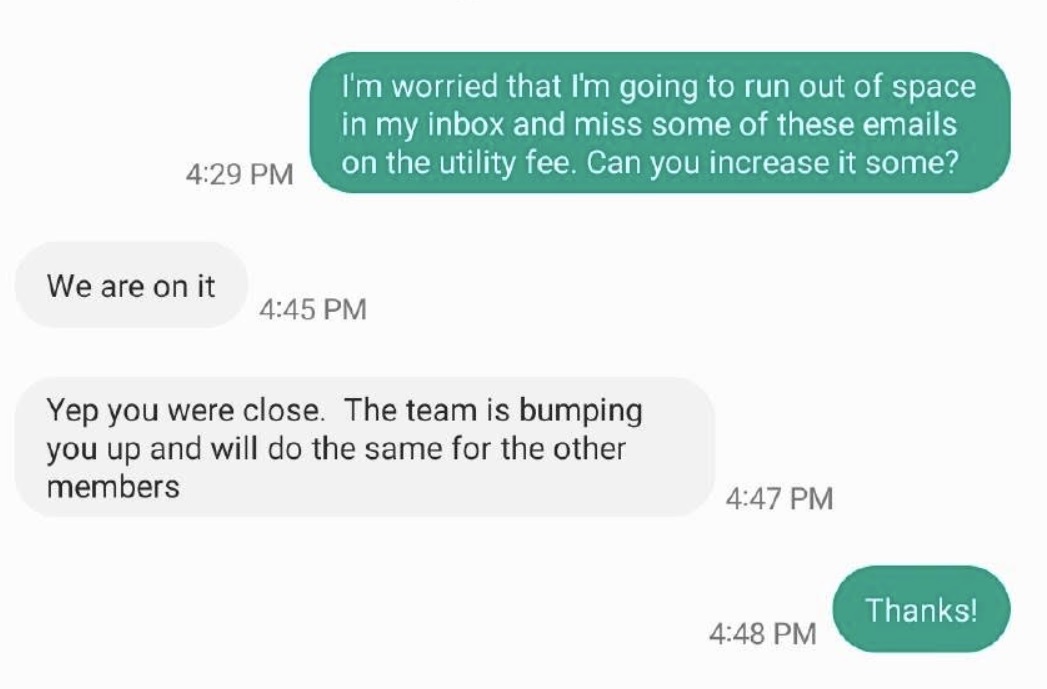 A representative of the mayor told WBRZ that she "always planned to meet with lawmakers to discuss the importance of (the) proposal to secure a dedicated funding stream necessary for federal compliance."  It did not appear any meetings were held.

Broome was traveling with the Baton Rouge Area Chamber and was not available to speak with the WBRZ Investigative Unit on Wednesday. One day earlier, following the introduction of the city-parish budget, a request to make the mayor-president available was also declined.