HAMMOND - According to officials with Hammond Rural Fire Department, a Dollar General store at Pumpkin Center Road and Old Baton Rouge Highway will be closed for quite some time.

On Monday night, the driver of a pickup truck crashed into the store, utterly destroying at least one wall, massive amounts of store goods, and the Men's Restroom.

Officials say no one was injured during the accident, but it was a close call.

A firefighter took to Facebook to post that when the truck plowed into the store, someone was in the Women's Restroom. The truck missed the occupied restroom by mere feet and plowed into the Men's bathroom.

After ensuring that everyone involved was unharmed, officials also took to Facebook to note that the one 'casualty' in the incident was a Redbox machine. 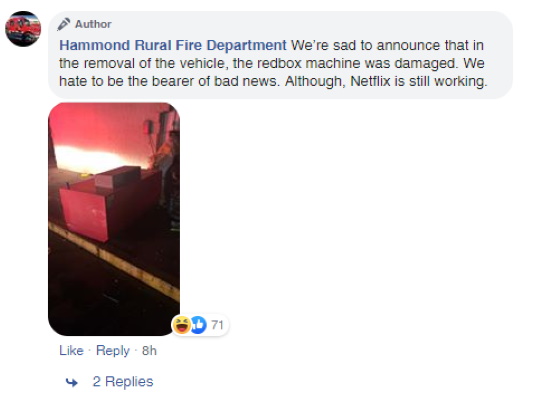