Dry start to the month of August, time to break out the spinklers!

We ended out the month of July on a soggy note with six consecutive days of measurable rainfall dating from July 23 - July 28. On July 27, the Baton Rouge airport recorded 2.65" of rainfall, almost breaking a record of daily rainfall for the 27th of July.

We are seven days into the month of August and the airport in Baton Rouge has only recorded a trace amount of rain (essentially some drizzle). We are now running over an inch below normal in terms of rainfall accumulation.

While many are probably thankful for the break in rain, some yards are already beginning to brown from lack of rainfall. 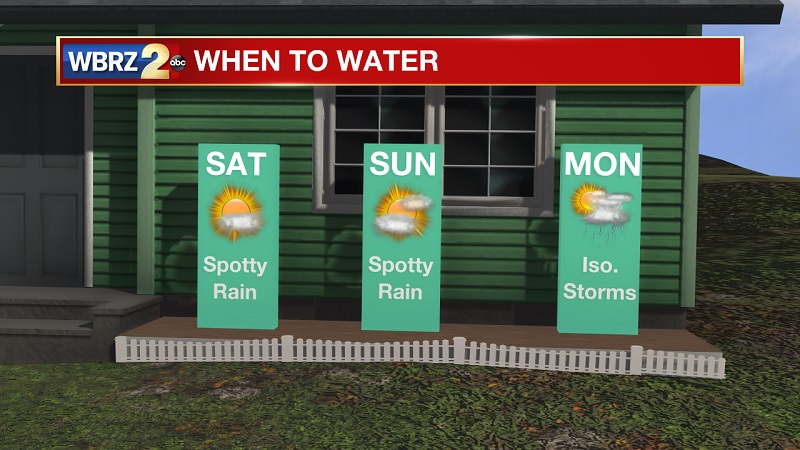 Two of the most common grass types in Louisiana include Centipede and Bermuda. Both of these grass types need 1 to 1.25 inches of water a week to keep their color during the summer months.

Another common type of grass is St. Augustine, which needs 0.75 inches of water a week to keep its color.

Most sprinklers will provide an inch of water per hour.

The weekend ahead will be mainly dry, so be sure to spend some time giving the yard a drink!