A more unsettled pattern will emerge this weekend with scattered showers and a few strong thunderstorms.

Today and Tonight: High temperatures will climb into the low 90s by early afternoon Friday before cloud cover, showers and thunderstorms develop. Activity will remain isolated as the week ends with approximately 30 percent of the forecast area receiving rain later today. Winds will remain light and southerly. Low temperatures will again stop in the mid 70s overnight. 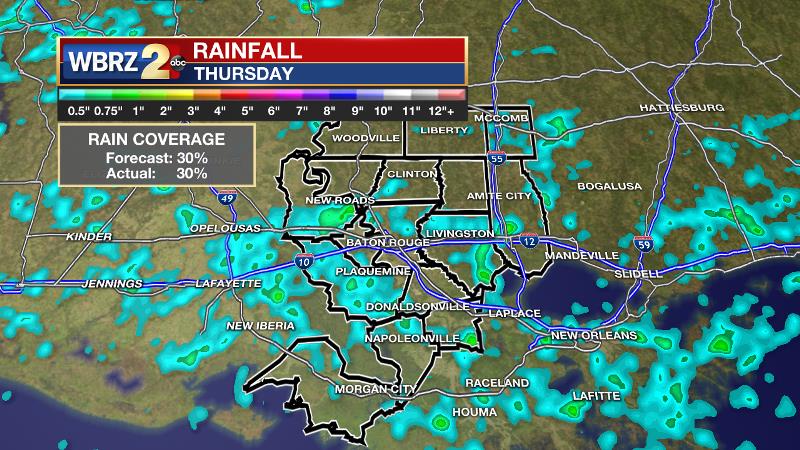 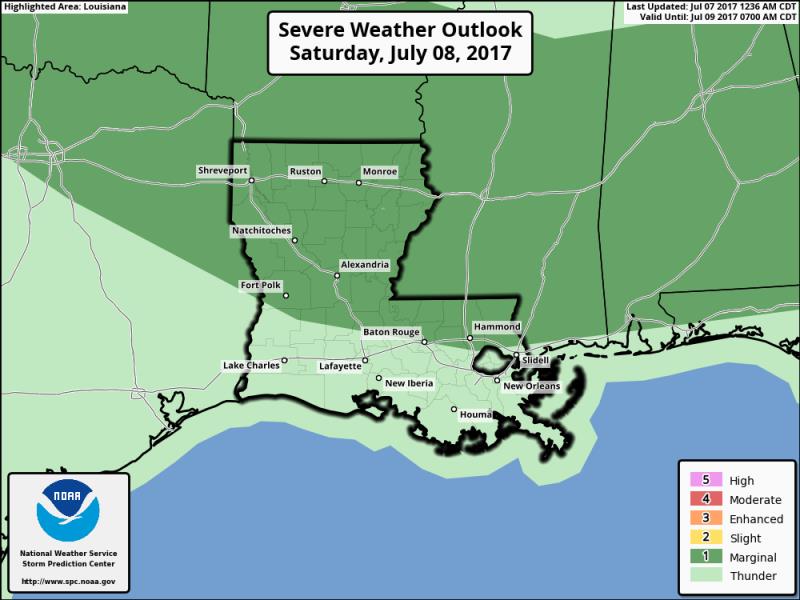 Up Next: The weekend is going to be a little more unsettled when compared to the last several days. Scattered to possibly widespread showers and thunderstorms can be expected both afternoons but especially Sunday. There is a “marginal risk” for severe weather on Saturday as any storms will tap into enough heat energy to create downpours, frequent lightning and gusty winds. Speaking of heat, high temperatures will likely make it into the low 90s before any cooling cloud cover or rain occurs. For the few locations that do not get wet, expect humidity to combine with those highs to produce feels-like temperatures near 100 degrees for a few hours. As far as outdoor plans go—we’re not in “cancel” territory, but it would be a good idea to have an indoor backup plan for the afternoons. Please remember that if you can hear thunder, lightning is close enough to strike. Nights will be quieter but sticky with low temperatures in the mid 70s. There should a trend of decreasing shower and thunderstorm action by the middle of next week. 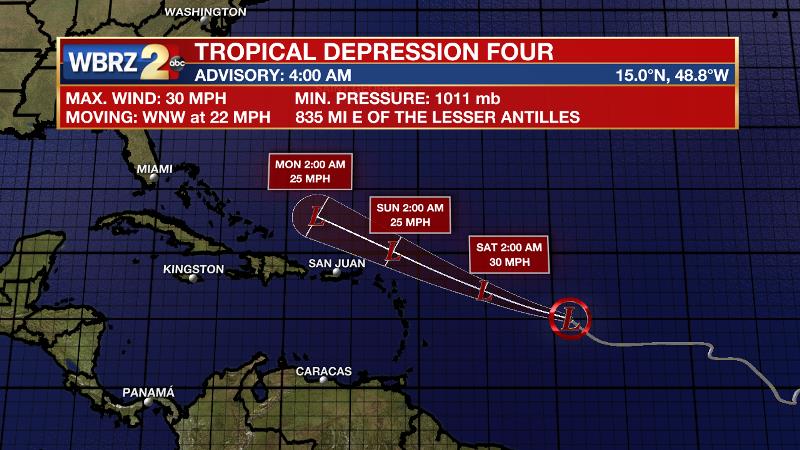 THE SCIENCE: An upper level trough axis aligned with the area and associated positive vorticity advection should enhance shower and thunderstorm development on Friday afternoon. Atmospheric moisture is still fairly limited so rain coverage will only bump up by a category into the scattered range. Into the weekend, and especially Sunday, a trough settling into the Eastern U.S. will allow for increased instability due to lower convective temperatures. Mid-level relative humidity progs show additional moisture as well. As a result, weekend storms and again—especially Sunday’s—should be capable of downpours, and frequent lightning. Impressive CAPE values which are typical with a hot and sticky Gulf Coast air mass make stronger downdraft wind gusts a possibility as well. High temperatures will still achieve the low 90s but this will occur by midday, before activity develops. Locations that happen to miss showers, since they won’t be all encompassing, will have an extended period of time with heat indices near 100 degrees. By the middle of next week, the upper trough will move east allowing a ridge to build back across the Central U.S. As a result, subsidence will again increase and convective temperatures will climb leading to less action on radar. Of course this means highs will make it a few degrees warmer Wednesday through Friday.