Humidity will return for a rather unsettled, wet weekend. Shower dodging will be rewarded by another punch of cool, dry, fall air for the middle of next week.

Today and Tonight: Weather will start to transition on this final day of the workweek. High temperatures will still make it into the mid 80s. A slight shift in winds to the southeast will result in a touch of humidity coming back and skies will be mostly cloudy. A coastal shower is possible. Overnight low temperatures will be considerably warmer, stopping in the upper 60s beneath mostly cloudy skies. A spotty shower is possible. 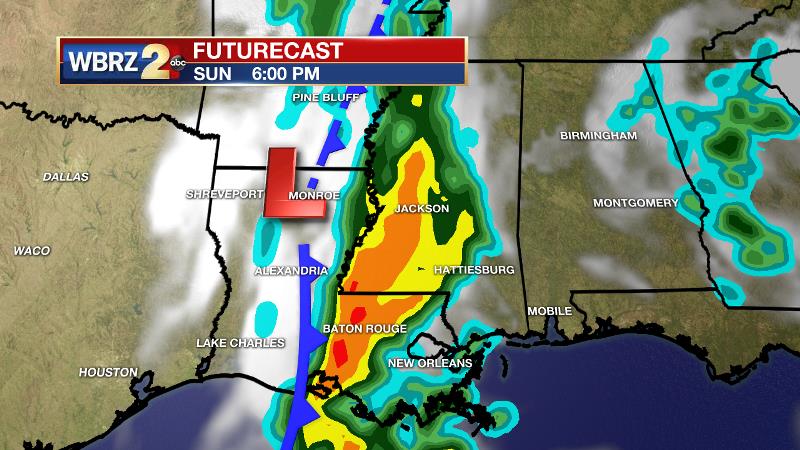 Up Next: Scattered showers and thunderstorms are expected to develop on Saturday afternoon due to increased humidity and southeasterly winds. A washout is not expected, but if heading to outdoor events, be aware that a storm could force activities inside or cause delays at times. A slow moving cold front will slide across Louisiana on Sunday, leading to a more widespread, soaking type of rain. Neither severe weather nor flooding are expected, however a longer period of wet weather could make outdoor activity difficult—especially afternoon and evening. At this time, a maximum of 1-2” of rain is possible over the weekend. The cold front will trudge through on Monday leaving mainly clear skies for the remainder of the week. A reinforcing shot of cool air on Tuesday will send lows into the upper 40s and highs into the low 70s for the middle and end of next week. 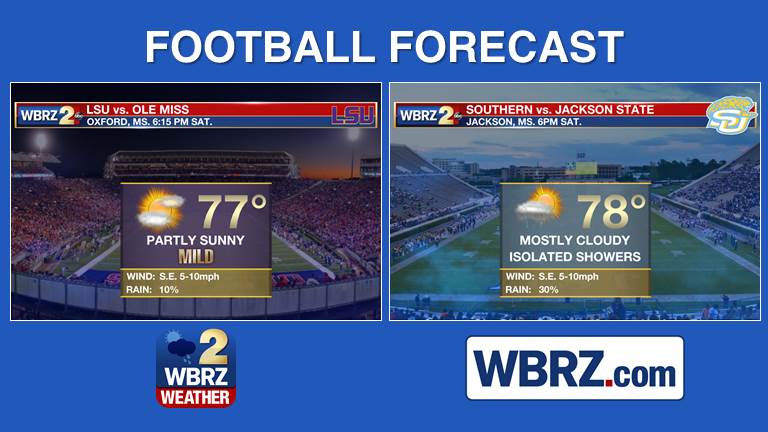 Perspective on the three-month winter outlook of warmer and drier than average in the #BatonRouge area | More: https://t.co/30u81UNPBY pic.twitter.com/yB4ORkqSds

NOAA released their winter outlook for December, January and February. See what the forecast holds for southeast Louisiana and southwest Mississippi, RIGHT HERE.

The Tropics: The tropics are all quiet. No development is expected over the next five days. 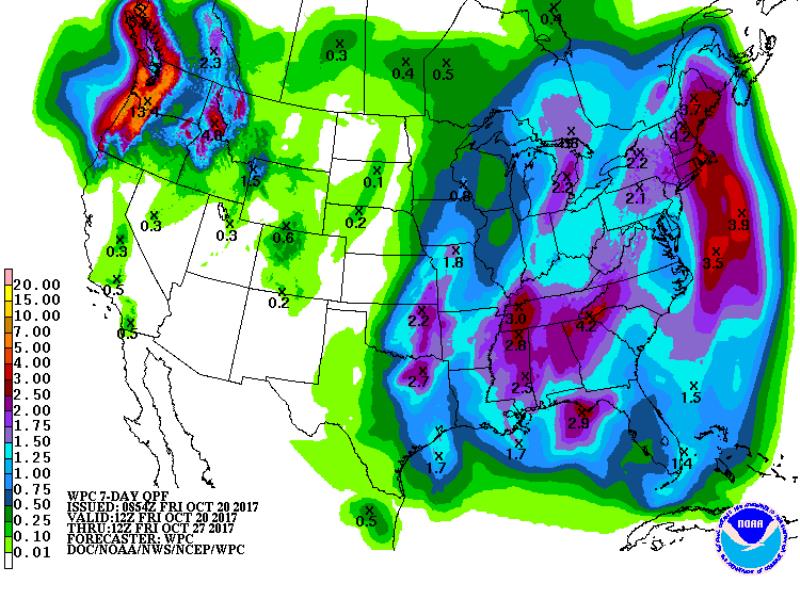 Onshore flow kicking in on Friday will mean dew points begin to climb and some humidity will be felt in addition to slightly above average temperatures. While showers will not be possible beyond the coast, some clouds can be expected across the forecast area. An upper level trough will be digging into the Midwest and then Eastern U.S. Saturday into Sunday. There will be an associated cold front at the surface. The trough is going to be positively tilted meaning that the front will be rather slow to progress unlike its predecessor. Additionally, the positive tilt should keep the threat for severe weather at bay. With the front to the west on Saturday, showers and thunderstorms will be able to develop with some deeper moisture present. A lack of extensive forcing should keep action scattered to isolated. By Sunday, positive vorticity on the eastern flank of the trough and extensive vertical lift due to the approaching front should result in a larger batch of rain and storms. Model precipitation totals are generally an inch or so as is the Weather Prediction Center forecast, and this seems fair with the mention of isolated higher amounts. We will still need to work out some timing details—whether much of the activity comes in a linear feature ahead of the front or an unorganized complex of showers. Given the orientation of the front and the trough, the latter seems more likely. While this leads to less intensity overall, it may expand the duration of light to moderate rain. That front will move through the area Monday, clearing out the inclement weather. A deepening trough in the East will lead to a reinforcing shot of cool air and at or below average temperatures through the middle of next week.